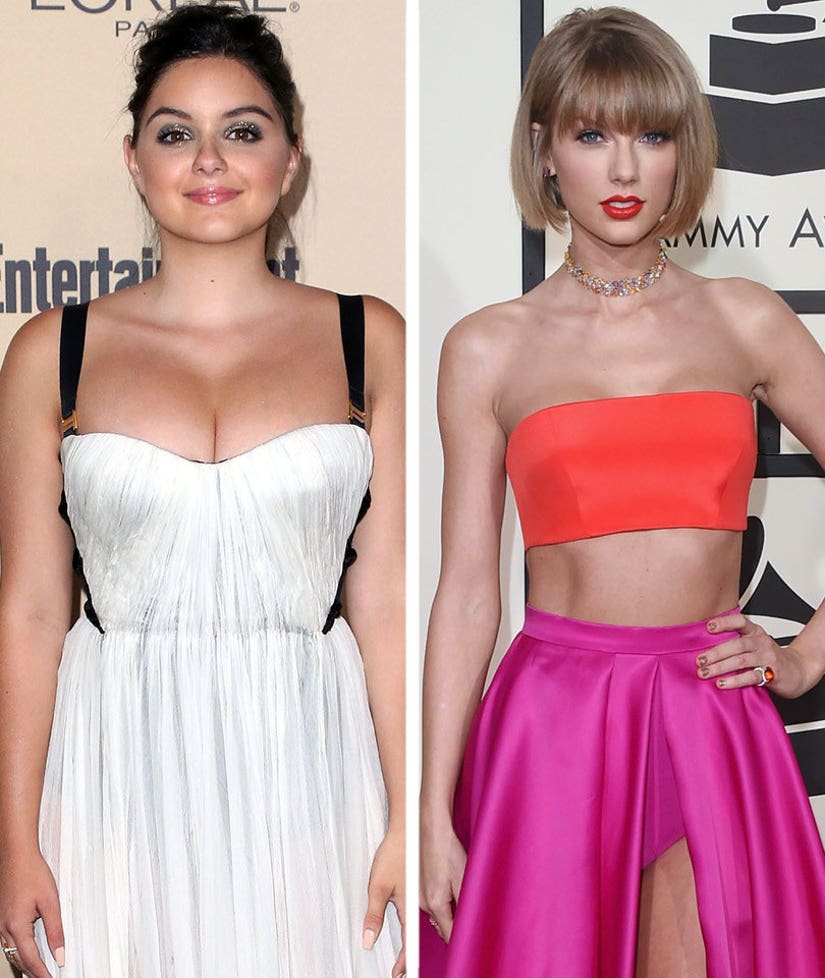 Ariel Winter says she supports Taylor Swift's girls ... and we are not talking her squad.

While on Tuesday's episode of "The Talk," the conversation steered to online gossip speculating T-Swift got a boob job. The pop star has been the target of rumors since attending Selena Gomez's concert in June with a bustier figure.

Though sources close to the singer have denied she's surgically enhanced her chest, the 18-year-old "Modern Family" star says it shouldn't matter either way.

"I have to say, if Taylor Swift did get her boobs done, then good for her if she felt like she wanted too," Ariel chimed in. "It took me a while to feel that way, you know, accepting myself. I just hope girls can learn to accept themselves, whatever they look like, however big or small their breasts are."

The young actress – who has been very open about her breast reduction and often talks about body image – also said she knows what its like to be scrutinized by the media.

"I would go on the red carpet and people would be like 'Oh, it's that girl with cleavage' or 'Look at the 'Modern Family' girl who has her boobs out,'" she explained. "And it was really difficult to grow up and hear those things. Nobody was talking about my work they were talking about my boobs."

Ariel added that she feels much better about herself after her surgery.

"I got my breast reduction because felt like I wanted it. It made me feel more confident," she stated. "My back didn't hurt anymore. I could sit up straight, you know, it was life changing for me."

What do you think of Ariel's candid comments? Sound off below!