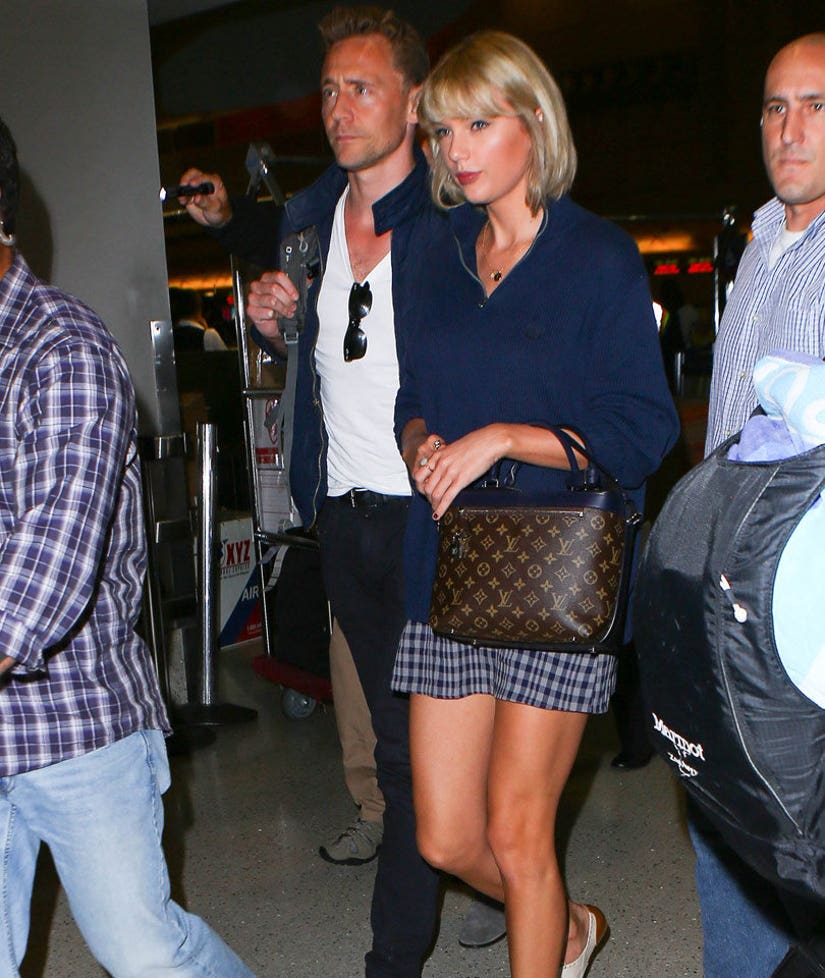 Tom Hiddleston just confirmed that he's smitten with Taylor Swift ... as if it wasn't obvious already!

While speaking with The Hollywood Reporter over the phone in Australia, the actor spoke out for the first time about the couple's very high-profile romance. When asked whether or not it was all for the cameras, the "Thor" star had a clear answer.

"Well, um. How best to put this?" he said with a laugh. "The truth is that Taylor Swift and I are together, and we're very happy. Thanks for asking. That's the truth. It's not a publicity stunt."

Sound like true love to you? There were numerous conspiracy theories over the past couple weeks suggesting Hiddleswift could have been created for a potential visual album -- a la "Lemonade" -- from Taylor ... though there was no concrete evidence to support the gossip.

Hiddleston has a lot to celebrate today -- he just nabbed his first Emmy nomination for Outstanding Lead Actor for his work in AMC's limited series, "The Night Manager."

"I didn't have any expectations and suddenly my phone started blowing up a couple hours ago," he said of his big honor. "This is the most wonderful surprise, and honestly the most thrilling thing about it is that it feels like an extraordinary and heartwarming affirmation for the whole team who made The Night Manager. Making The Night Manager was the most fulfilling team effort, and I'm so proud of everybody."

"It's very special because I so enjoyed playing Jonathan Pine. Playing The Night Manager was one of the most challenging and fulfilling experiences I've had as an actor. He's such a complex character — a highly skilled, impeccably courteous, morally courageous, romantic character with a kind of broken heart. I loved playing him."

"I'm just very proud of it, and it's very humbling and heartwarming to be recognized," he added. "You never know as an actor if your passion for a project as you make it is going to connect and translate into passionate for the audience. It seems that in some respects it has and that is the most satisfying and thrilling conclusion."

Check out ALL the Emmy nominations here ... and see who was snubbed this year!