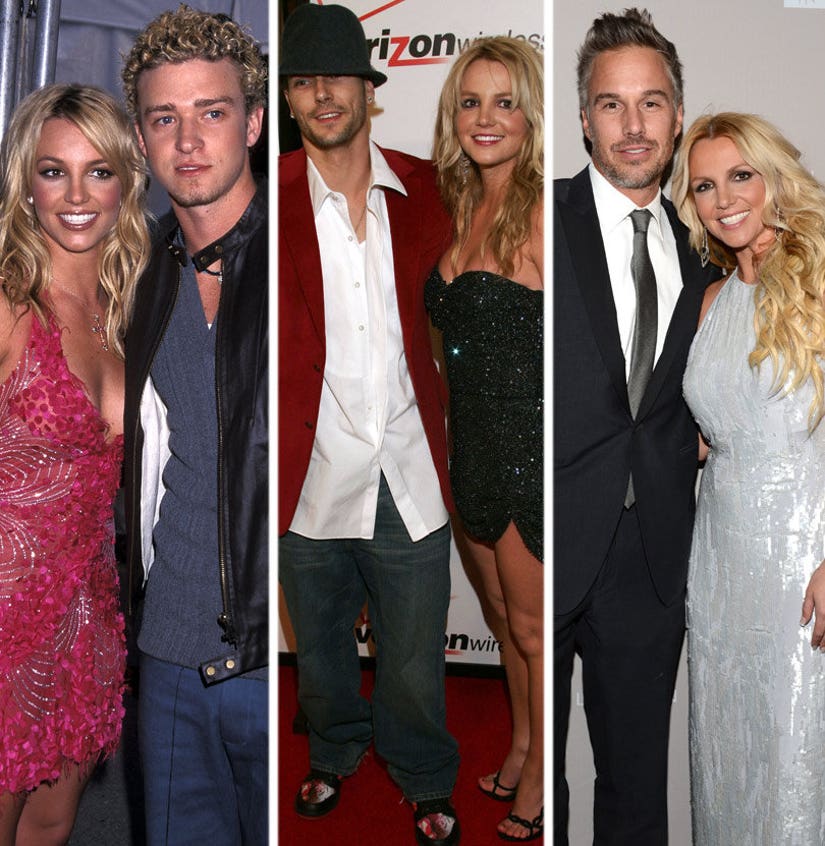 Few people have been in as many high-profile relationships as Britney Spears.

The intense scrutiny follows her no matter who she dates, whether it's fellow superstars like Justin Timberlake ... or nobodies like Kevin Ferderline or David Lucado (remember him?).

But, despite her messy history, she remains optimistic about the future.

When the DJ said he's a hopeless romantic as well and still makes his wife mix-tapes, Spears was impressed.

"That's so cheesy," she exclaiming, meaning it as a compliment. "I like cheesy. I think cheesy is so sweet and nice!"

Can we take a minute to look back at some of those "horrible" relationships?

While we all loved Britney & Justin, their love didn't last and the two split in the early 2000s. His song "Cry Me a River" was long-rumored to be about the end of their relationship.

From there, she had a quickie 55-hour marriage to high school sweetheart Jason Alexander (no, not the "Seinfeld" star), before hooking up with dancer K-Fed. That's when things really went downhill.

They'd get married, have two children together, before getting divorced three years later. It was around then that Britney went through a highly-publicized breakdown.

She'd rebound from that era with a relationship with agent Jason Trawick. Though they got engaged, they later called it off. She was then linked to David Lucado -- who reportedly cheated on her -- and Charlie Ebersol. Brit Brit split from the latter in 2015 and she's been single ever since.