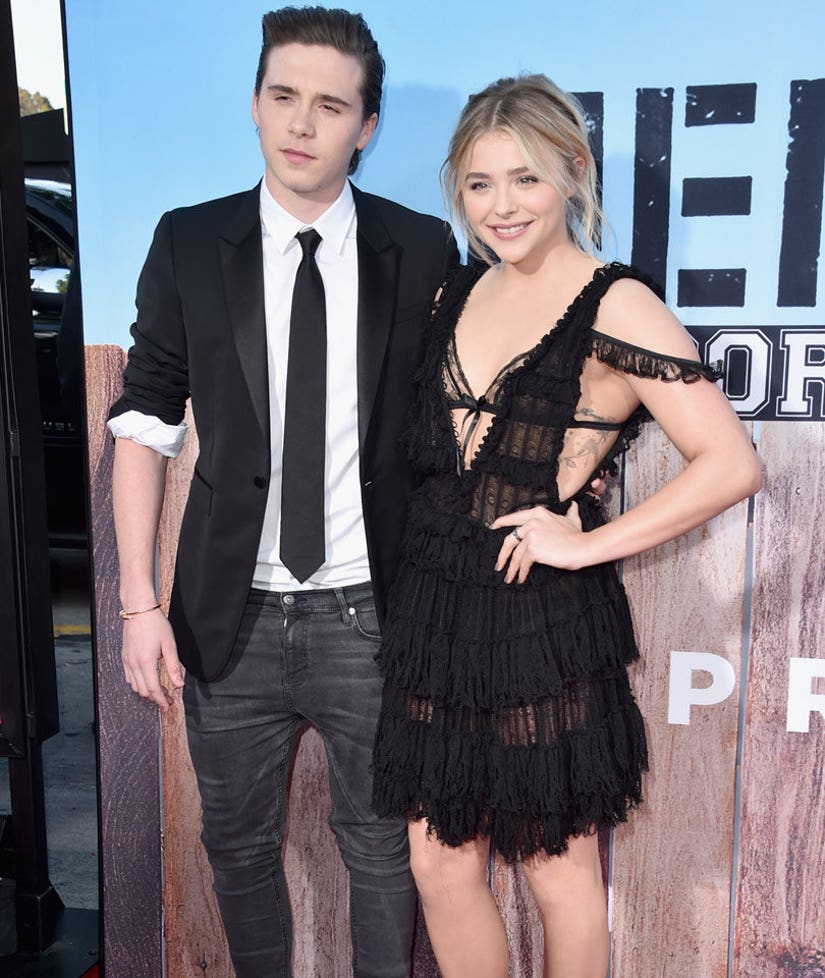 The actress revealed how she's tired of being solely referred as Beckham's girlfriend in a new interview with Glamour U.K.

"Seriously, you don't know how often I'm just described as 'his girlfriend,'" the 19-year-old said in the September issue of the mag. "And you think: 'Well, I've also been acting for 13 years, but don't worry.'"

Nevertheless, the pair do make one adorable couple! Chloe and Brooklyn -- who first started dating in 2014 -- made their romance red carpet official for the premiere of "Neighbors 2: Sorority Rising" (above) back in May.

"One of the reasons why dating him is great is that we both get what it means to have our lives twisted and torn apart and faked," she added about David and Victoria Beckham's eldest son.

It also looks like the young star has the support of 17-year-old Brooklyn's famous mama. The former Spice Girls singer praised Moretz for her speech at the Democratic National Convention on social media just last month.

What do you think about the "Carrie" star's candid comments? Sound off below and check out the gallery above to see more hot Hollywood couples!