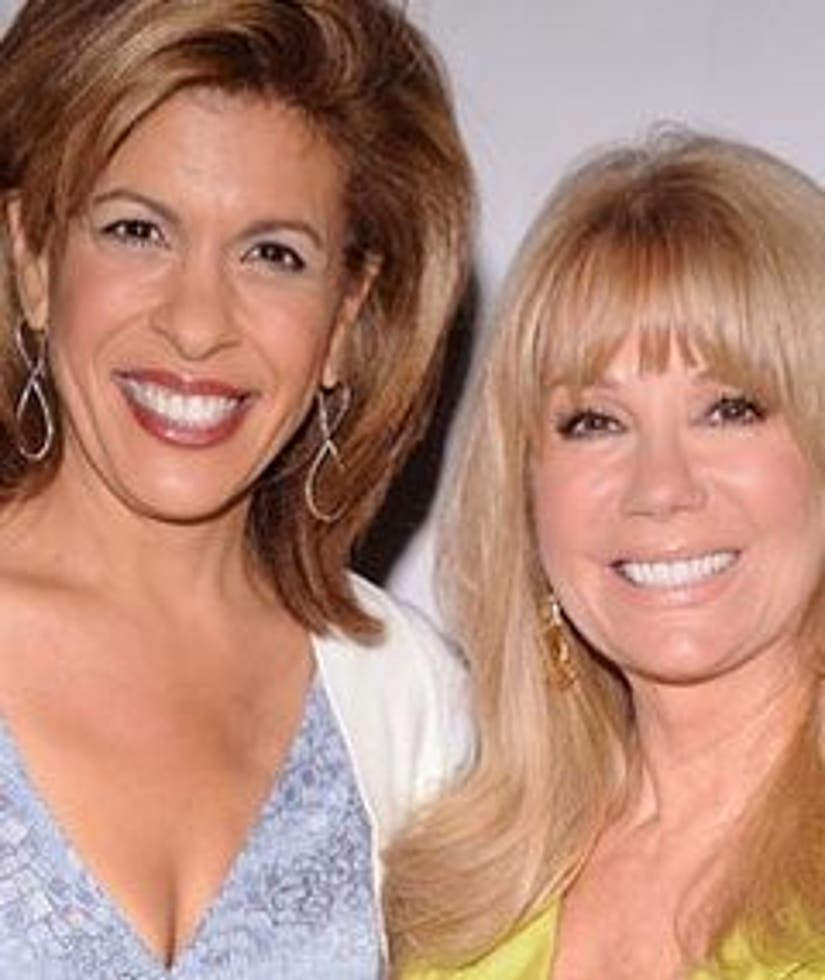 The Olympics may have just kicked off, but we're betting Hoda Kotb already feels like a winner!

The "Today" co-host got up close and personal with Pita Taufatofua—you know, the shirtless flag-bearer who carried the Tongan flag at Friday's Opening Ceremony—during Monday's show.

Taufatofua got roars of applause and lots of social media love for his decision to show off his oiled up torso during the ceremony, which he walked in a Tongan ta'ovala or decorated cloth.

"For us it was important to get our culture out to the world," Taufatofua told Today about the traditional garb. "I said to them I want to march in what our ancestors wore 200 years ago and this is what it was."

"I hear you're having a lot of fun and have no problem with the women of the Olympic Village," said Morales, while the trio approached the taekwondo Olympian.

Hotb and Bush Hager even took the time to slather Taufatofua with a healthy coat of coconut oil!

"We're listening," said Hotb while she rubbed her hands over the flag bearer's chest as he talked of his journey to get to the Olympics.

"There are children watching!" Al Roker reminded her.

Looks like the Olympics is already living up to its goal of promoting peaceful international relations!