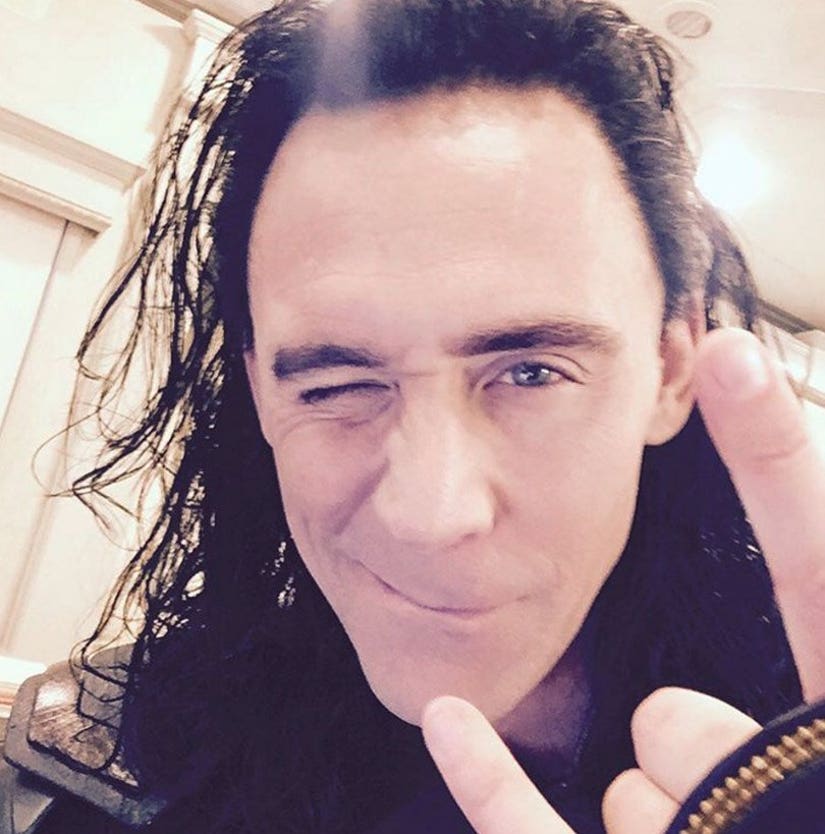 Tom Hiddleston is ready for his close-up -- on Instagram, that is.

The 35-year-old joined the social media platform on Tuesday and wasted no time sharing his first photo: a sneak peek at his reprisal of his role as Loki in the upcoming "Thor: Ragnarok."

"He's back," the British actor captioned a shot of himself giving a cheeky wink and throwing up a rock and roll hand sign while dressed as the Marvel villain.

If his debut pic is any indication, it looks like Hiddleston will entertain his followers with worthwhile posts (who doesn't like a behind-the-scenes shot?).

And speaking of followers, he has a lot of 'em, counting a whopping 165,000 'gram fam members just a few hours after joining the platform. Many of them have urged him to follow his girlfriend, Taylor Swift.

Swift, who follows besties Selena Gomez and Karlie Kloss on Instagram, has yet to follow her boyfriend as well, and a quick glance at her feed shows that she hasn't posted any pics of him either.

But judging from their PDA-heavy outings—which include their romantic European vacation and a fun-filled Fourth of July weekend—we're guessing the couple's IRL relationship is just fine—even if there is no evidence of it on Instagram!