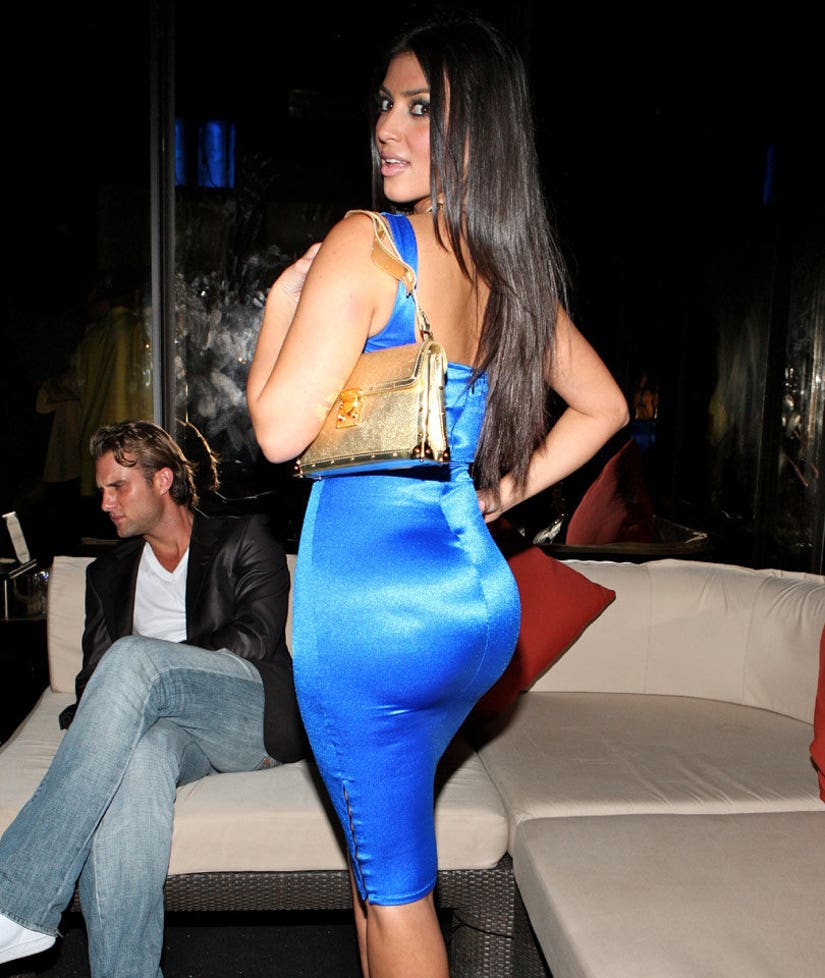 But the injections aren't for booty-boosting reasons.

On Monday, the reality star opened up on a livestream about needing the injections to help her cope with her psoriasis condition.

The mother of two first became aware of the condition after her mother, Kris Jenner, noticed a rash on her leg.

"I went to go get a cortisone shot in my butt," she said. “I lived right behind Kitson [a boutique in Los Angeles near Cedars-Sinai Hospital]. One of my neighbors was a dermatologist at Cedars. I go in there and he's like, 'There's a one in a billion chance that you will get a huge indent in your butt.' Of course I get a huge indent on my butt."

So, while the butt injections helped alleviate the itchy skin associated with psoriasis, they actually fueled speculation that the "Keeping Up With the Kardashians" star had a medically enhanced backside.

"There is a picture of me in Miami wearing an electric blue dress, and another picture of me walking down Robertson," she said. "You see the indent. And I think that's when the rumors started: 'She's had implants.'"

But despite the derriere dimple the injections cause, Kim says there's no way she could go without 'em.

"Every few years I get a cortisone shot," she confessed. "And it's so funny I just got one as my psoriasis was so bad in Vegas."