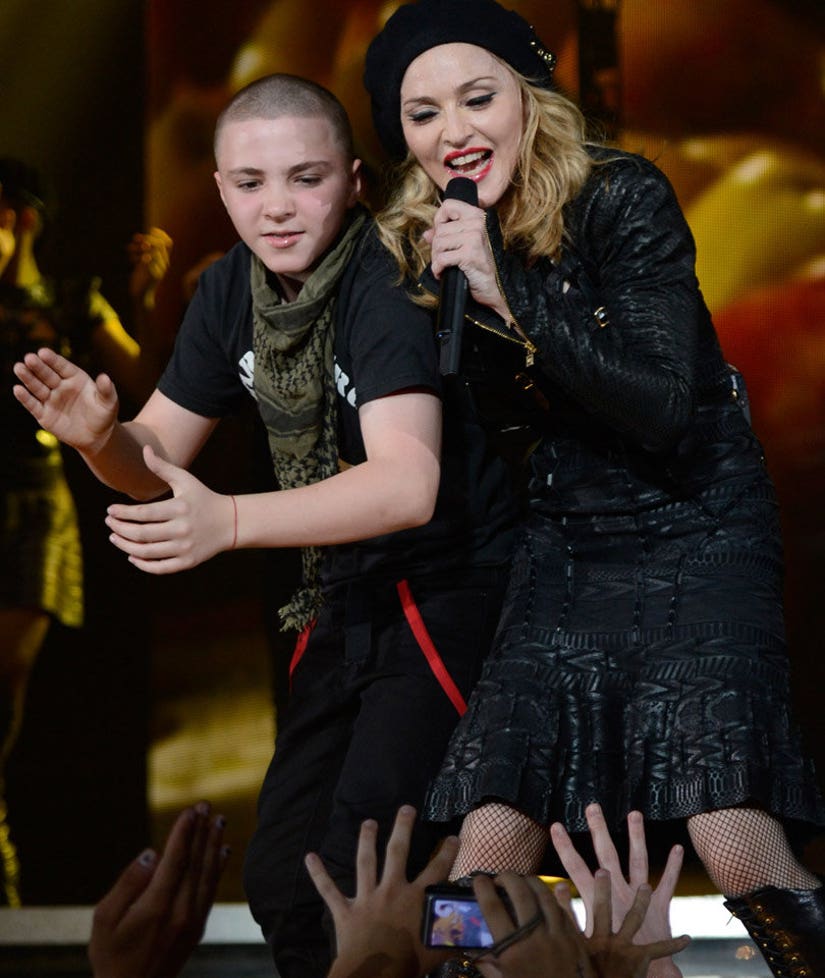 Looks like Madonna and son Rocco are on their way to having a picture perfect relationship once again!

The pop icon, 58, and her 16-year-old first-born son posed for the latest issue of "Love" magazine, after having recently reconnected. Rocco had been estranged from his famous mother, who is currently engaged in a bitter custody battle with ex-husband Guy Ritchie.

But there were no signs of familial drama for the photo shoot, which was shot by Madonna's pal—and the man behind more than one Kim Kardashian photo shoot—Mert Alas. Love editor-in-chief Katie Grand helped engineer the reunion in front of the lens.

"I wasn't sure it would ever happen, to be honest, but Mert said, 'Let me ask M and Rocco,'" said Grand. "Much to my surprise, the morning after Madonna's reconciliation with Rocco, nine stunning images of Madonna arrived via WhatsApp. They had been taken at 2am at Mert's house in Hampstead where he and Madonna often hang out and have casual dinners."

The pair seems to have had fun posing for the camera, with Madonna playfully sucking her thumb for the cover shot. Meanwhile, Rocco, who made his modeling debut during the shoot, flexes his muscles in a red tank.

But the teen is no stranger to appearing on his mom's Instagram feed. The "Like a Prayer" singer recently inundated her account with many a pic of Rocco, in honor of his birthday on August 11.

"I like Instagram because it's like keeping a diary and every day I get to share different aspects of my personality, my life, and what inspires me, what infuriates me, or what causes I want to fight for," the singer said in her interview with Love magazine. "It allows me to be mysterious, ironic, provocative or proud."

And a doting mom!