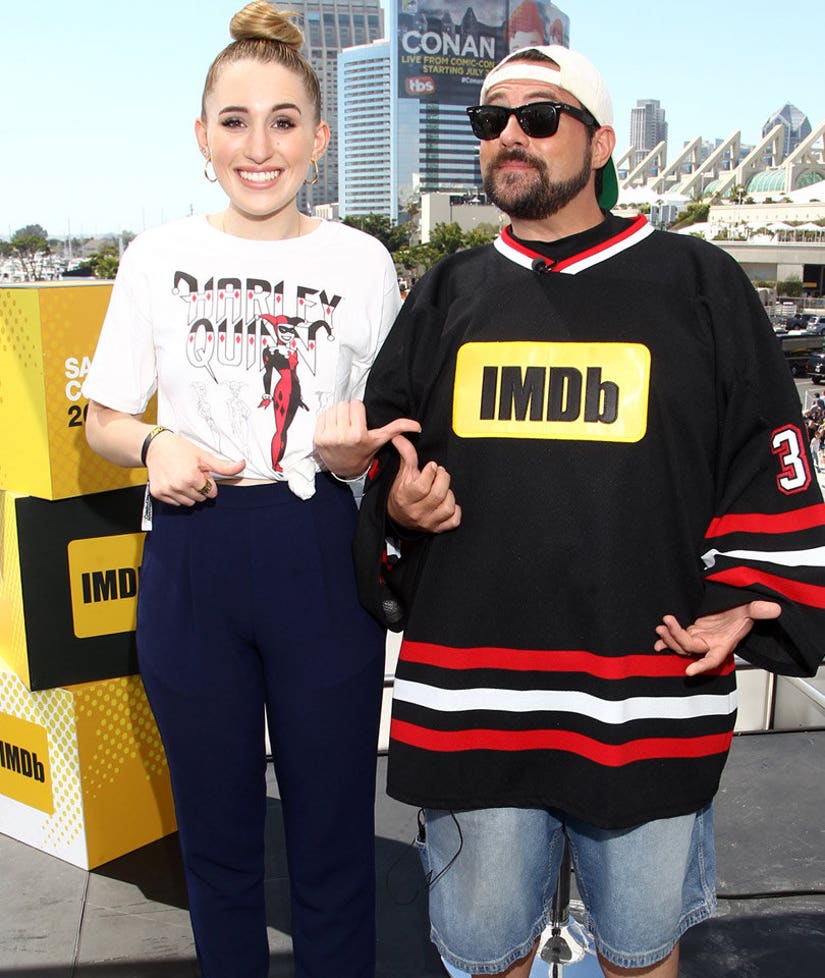 The director clapped back at an Internet troll who left a nasty comment on 17-year-old Harley Quinn Smith's Instagram page.

The social media feud started when one commenter wrote the following message: "You're ugly as s--t. And that steaming horse s--t of a movie, yoga hosers, should be banned. F--k your talentless c--t of a father for trying to compare it with the matrix. You're cancer and I sincerely hope you end up like Lindsay Lohan and dead."

Kevin posted a screenshot of the comment and shut down the hater. "What it's like to be my daughter: 17 year old @harleyquinnsmith_ received this message simply for the heinous crime of posting a pic of herself on @instagram. I have zero clue what the reference to #TheMatrix is all about but, wow — way to unload on a teen girl because YOU have nothing to do in life." 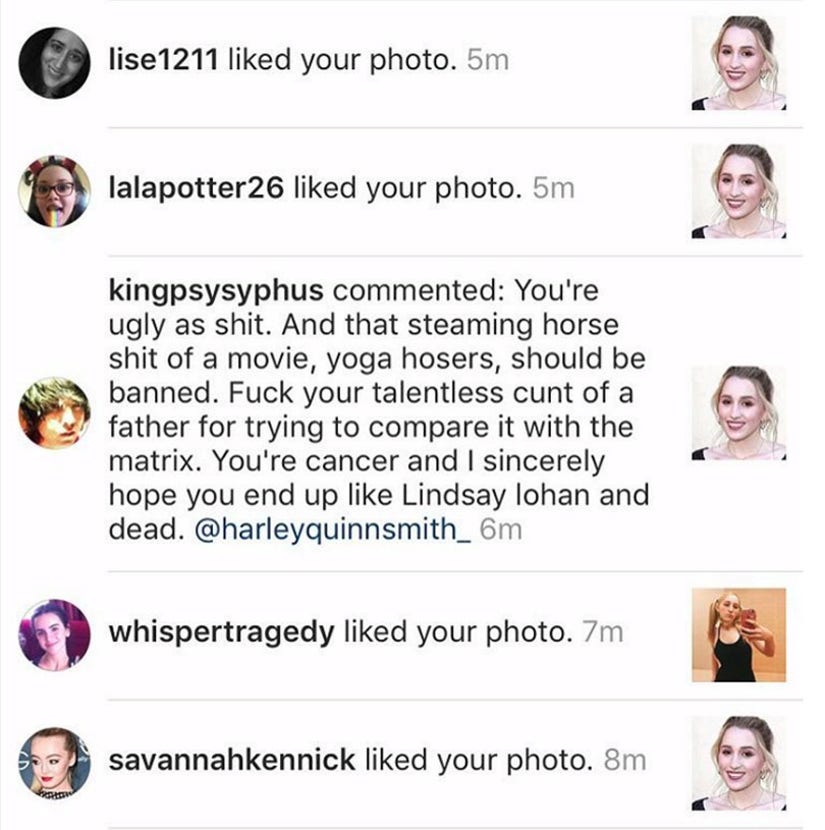 And he didn't stop there!

Smith explained that his daughter wasn't fazed by the insults by writing, "I'd be mad if I had a tiny di-k and anonymous voice too."

"But here's a nickel's worth of free advice for folks like this Troll: if you hate me (or my kid) this much, the better use of your time is to make YOUR dreams come true, instead of slamming others for doing the same," he added. "The best revenge is living insanely well — so if you wanna get back at a 17-year-old girl for the grievous crime of enjoying her life, the best way to do it is to succeed in your OWN existence."

Harley responded to the back-and-forth by laughing it off.

"At first I was like alright that hurts, but then I realized who the actual f--k cares??? Why should I let this sad ass troll who clearly either has a stick so far up his ass it's affecting his moral compass or is compensating for an insanely small dick ruin my day??" she wrote. "No matter what, there are always going to be people in your life that are either jealous of you, don't like you or perhaps are just looking to be negative, but you can't let them get to you because if you let them upset you then they're winning."