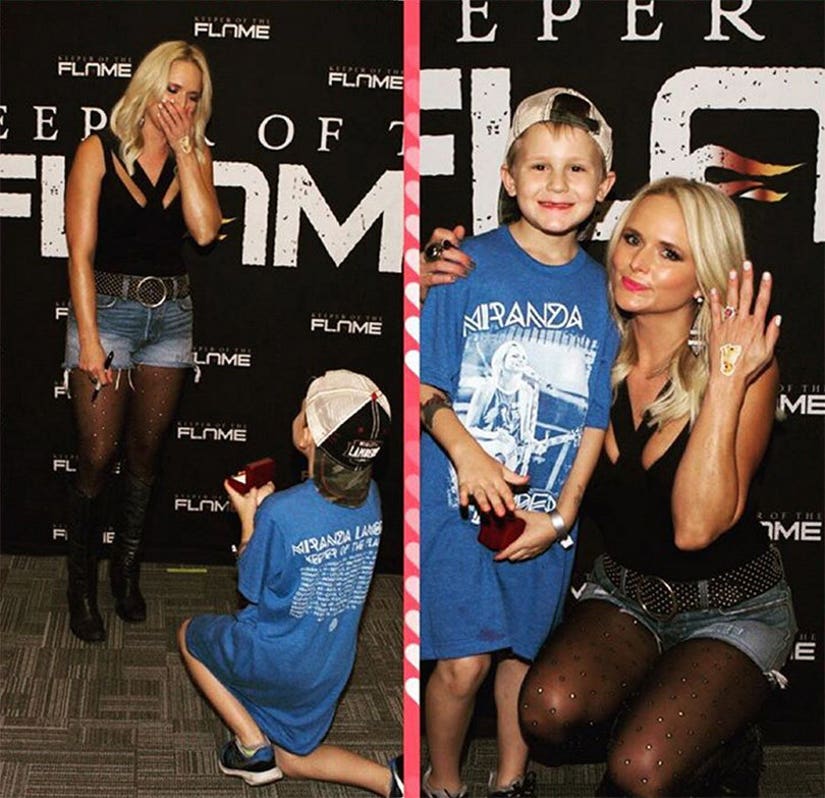 Miranda Lambert is sporting a giant rock on that finger again ... but it's not what you think.

The country singer hit the stage in East Rutherford, New Jersey on Saturday night to make a very surprising announcement -- one that had fans screaming in excitement.

"I forgot to tell you something really important though. I got engaged today," the told the crowd during her set.

While she was previously married to Blake Shelton and is currently dating fellow singer Anderson East, he's not the one who popped the question.

"There's a little 6-year-old boy here named Sebastian, he asked me to marry him," she explained. "I said yes, in 25 years. Look at this beautiful ring!"

"He got on one knee, he was such a gentleman. It may be my favorite proposal ever," she added, before launching into her song, "Gunpowder & Lead."

She the photo she shared of the proposal on Instagram above. "I said YES! But he has to wait 25 years. this sweet boy Sebastian is a little gentleman. #pinkring #proposal #mademyday #jersey #spreadthelovetour," she captioned the pic.

The faux news seemed to cause some confusion among fans who didn't hear or understand the full announcement, as Twitter is abuzz with "Miranda Lambert got engaged" tweets. Whoops!

The moment when Miranda tells the entire stadium about Sebastian's proposal. He is such a sweet boy ♡ pic.twitter.com/5UTJyLmPO3