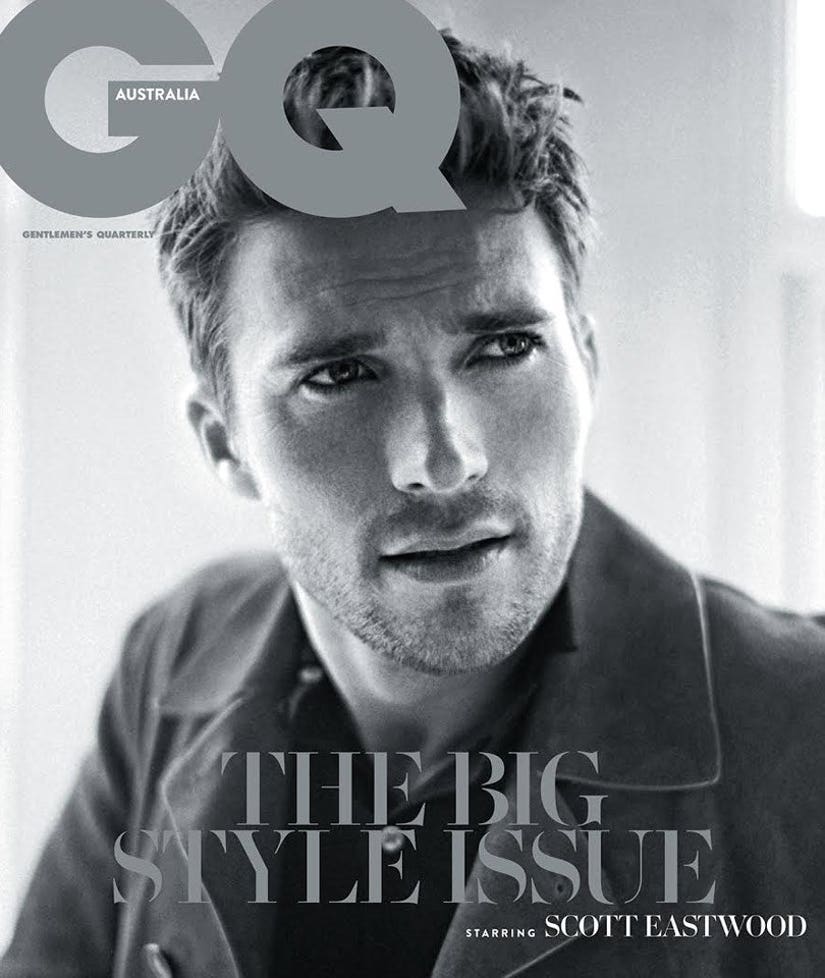 Being an Eastwood doesn't give you a free pass!

Scott Eastwood covers the September/October issue of Australia's GQ, where he talks about growing up with Clint Eastwood as his dad.

While it seems like both stars have a very close relationship, Scott says the "Unforgiven" star was extremely old-school when it came to his parenting.

"[Aged 16] I'd taken my younger sister, who was, like, 14, to a party. I left the party, maybe to go get beer with the guys. I left her and I didn't think about it at the time," Scott recalls. "Later, Dad found out... He popped me in the face and said, 'You don't ever leave your sister at a party. EVER.' And it was very old-school, very old-school of him."

"He was not afraid. None of this new-age bulls--t where you can't even smack the kid because everyone's so afraid of being judged or whatever," he explains. "That wasn't the way sh-t went down in that family… If you did something wrong, you were gonna get punished. I learnt quickly – you don't do that."

The "Longest Ride" heartthrob also says his famous father was extremely conservative when it came to giving his children financial support. When Scott was working and putting himself through school at Santa Barbara City College, the 86-year-old wouldn't even loan him money to get a car.

"I called [Dad] and was like, 'I've got this job, can I get eight grand to buy a truck? I'm working this job, I can pay you back 'X' amount a month, you know,' and I remember the phone going silent… And he'd just be like, 'Yeah, no. You're fine with what you're doing.' He wouldn't give me a dime," he says.

The 30-year-old also opens up about some of the more tragic moments of his life ... like when he lost his girlfriend in a terrible car crash.

"I dated a girl a couple of years ago who died in a car accident… The f---ed up thing is, it was a fender bender, and there was a recall on airbags. Her airbag exploded. It shot a projectile through her body," he reveals. "It split her spine, and um…I've never told anybody that. I've lost friends before; I've lost some great friends. But, I had never lost someone I had been really intimate with… Maybe it's made it harder for me to date."

"It's easy to fall in love when you're young, right? And then you start to realize those feelings of love and stuff, passion, love, lust, sometimes they come very quickly, but they can also leave quickly," he adds.

It definitely sounds like the "Suicide Squad" star has a lot of life experience -- what do you think about Scott's candid comments? Sound off below and check out the gallery above to see more celebrity offspring!