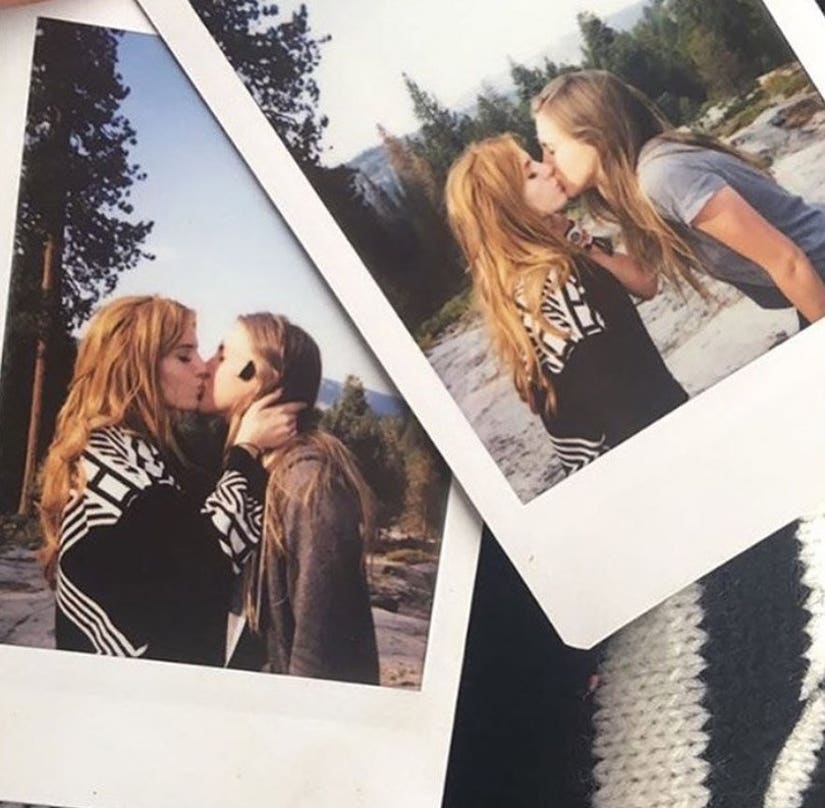 Bella Thorne just came out as bisexual in the most casual way possible.

After the actress shared a Snapchat video showing her playfully kissing another woman on the lips, fans started asking her about her sexuality on Twitter.

On Tuesday, she decided to reply to one of them with a simple, one-word response:

Her simple "Yes" quickly spread online, the tweet generating 22k likes and a whopping 41k re-tweets, far more attention than any of her recent social media activity has received.

As messages of support started flooding her mentions, the 18-year-old star took to Twitter again hours later to thank her fans for all their love.

Aww thank you for all the accepting tweets from everyone. I love you guys ❤️❤️❤️ #pride

The news comes after Throne split from boyfriend Gregg Sulkin, 24, earlier this month.

"After much thought and soul-searching, we have made the difficult decision to end our relationship," the two said in a joint statement to PEOPLE at the time. "We will always love each other and have a deep respect for one another, as we have each grown to be better people because of our time together. Our schedules made seeing each other difficult, and we decided that for now this would be best."