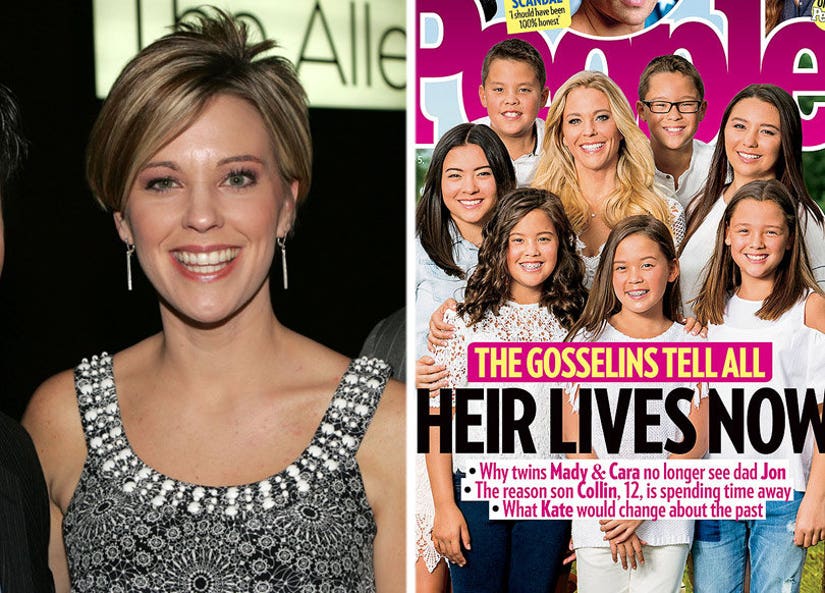 "I'm very upset," he tells ET. "I love my children very much. I've always been there for them and I always will be. It's shocking."

Kate Gosselin is getting candid about her son Collin's personal struggles.

Earlier this year, her ex-husband, Jon Gosselin, claimed he hadn't seen the now-12-year-old in a year and a half -- and now, we may have some inkling about why.

"Collin has special needs," Kate tells PEOPLE, revealing that he's currently enrolled in a program away from home to help him.

"[There's] a fairly fluid diagnosis of what those needs are, but he needs to learn certain strategies to help him deal with things. This has been a struggle we've had for a very long time, and it's one I've dealt with on my own," she continues. "I've felt very alone in this. By the same token, it's not something that has only impacted me or him – our entire family has been impacted."

She goes on to tell the magazine that Collin is learning "the skills he needs to be the best him he can be. We miss him so much, so it's been hard because there is a huge hole in our family without him here. But it comforts us to know he's where he needs to be right now, and I can feel good about that."

Jon spoke out about his kids back in June, blasting Kate in the process.

"Who I get is who I get," he told Yahoo of his kids' visits to his home. "Whoever comes through that gate or gets off that [school] bus is who I get. And Collin is homeschooled, so he doesn't get off a bus."

In August, he also explained his estrangement from Madelyn and Cara. "You know, it was great, and then Madelyn and Cara just stopped coming, around 12 to 13 [years old]," he told ET. "I didn't question it. I was just like, 'Hey, do what you want, be with your friends,' and then it just became they're not coming."

"He doesn't even know us," daughter Mady now says of those claims in the new PEOPLE. "How can he dare to talk about us?"

"He makes it seem like we're being kept from him, which is insane," Mady adds. "He should maybe spend some time thinking about why we don't want to see him, and maybe realize that if he ever does want a relationship with us, talking about us on TV is not the way to make that happen."

It's been 10 years since the Gosselins made their reality TV debut on "Jon + Kate Plus 8," which documented the couple raising a pair of 5-year-old twins and baby sextuplets Aaden, Collin, Alexis, Leah, Hannah and Joel.