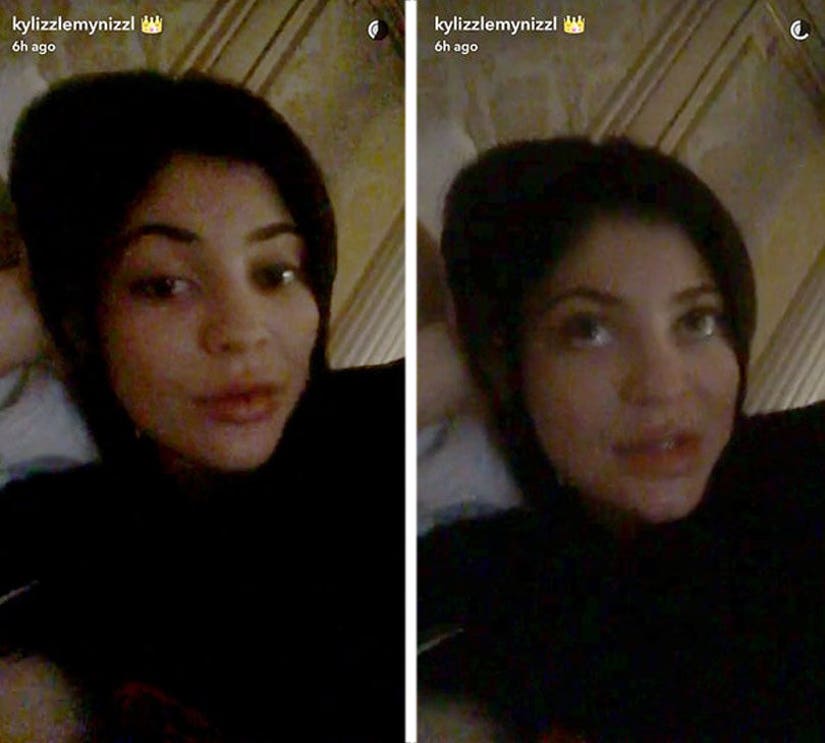 The 19-year-old, who had been uncharacteristically radio silent on the social media site, was back to posting on Tuesday to explain her absence.

"I went to the doctor again because I had food poisoning over the weekend, and it has not been fun," explained an under the weather Jenner from her sick bed. "So that's why I've been a little MIA or if my Snapchats aren't as fun and exciting as they usually are."

And though she may own a successful makeup line, the teen decided to go makeup free for her sickly Snapchat post.

"Ugh, I don't look sexy right now at all," she griped.

Despite her illness, the "Keeping Up with the Kardashians" star was still out and about. Earlier in the day, she visited boyfriend Tyga at a photo shoot and took the time to pamper herself a bit.

"I'm back in action," she said. "I just got my nails done today earlier. I'm about to get my eyebrows done."

Still, her illness has gotten in the way of her work. Jenner, who was set to debut three of her new matte lip kits on Tuesday, decided to postpone revealing them until today.

(No word yet on whether she will take to Snapchat to share the new goods from her line.)

The makeup maven's company recently came under fire when it received an F rating from the Better Business Bureau following customer complaints.

"You guys are the reason I keep going and I'm motivated every day to make Kylie Cosmetics the best it can be," Jenner wrote on her website in response to the dismal rating. "I'm continuing to learn and I just want to make everyone happy. Because so many of you spoke out, I'm excited to tell you that the Better Business Bureau has looked at the facts and changed the rating."

Kylie Cosmetics' rating was temporarily upgraded from an F to a B- but currently has no rating.