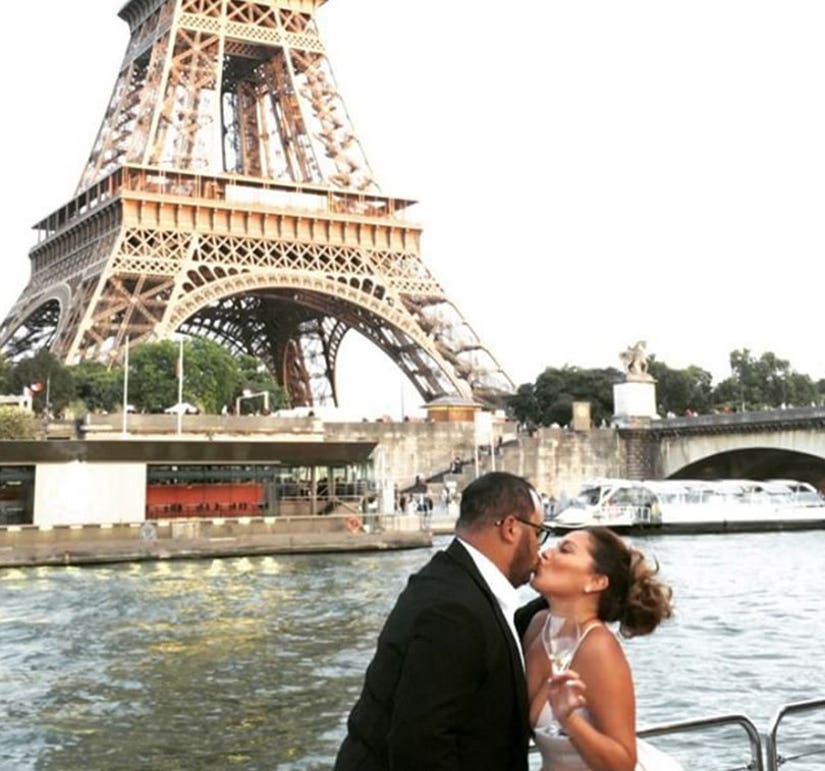 And seeing as her fiancé surprised her with a super-romantic Parisian proposal, we can't say we blame her.

But while "The Real" host isn't revealing any details about her wedding day plans, she did dish on the details behind the day that Houghton got on down on one knee during her recent appearance on "Hollywood Today Live."

The former "Cheetah Girls" star admits she was completely caught off guard by Houghton's proposal in France, revealing that she thought the two were returning to Paris after a jaunt in Greece to meet up with her parents.

"I didn't know there was some trickery going on," she confessed. "It was just honestly magical. My parents being there was so special to me. They actually were celebrating 20 years of marriage and I thought originally that we were just celebrating them.

Little did she know that Houghton had a big surprise—and engagement ring!—in store.

"Obviously when the surprise happened I was super excited, super happy," she said of his romantic proposal. "I can't wait."

And speaking of the ring, Bailon showed it off on the show, as well as on her Instagram, where she posted a shot of her engagement bling in front of the Eiffel Tower.

Bailon, who revealed that she was friends with Houghton for three years prior to dating him for six months, is confident that their relationship will stand the test of time, thanks to the fact that they have always been their genuine selves around each another.

"It was like, 'Hey, what's up?' And we'd hang out with a bunch of friends and I would say ridiculous things out of my mouth that I probably wouldn't say if I really liked him," she said of their relationship.

"And then he got to know the real me and I love that."