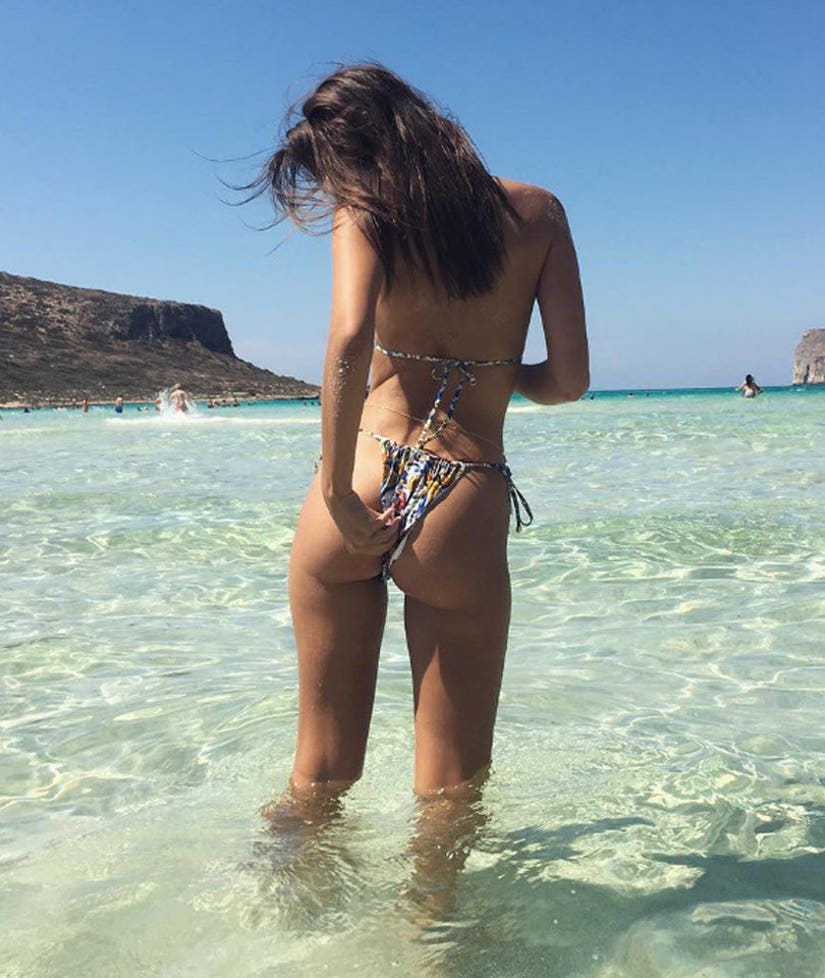 The model and actress is no stranger to rocking skimpy swimsuits—she's appeared in the pages of the Sports Illustrated's Swimsuit Issue, after all. But it appears that even the pros sometimes have trouble sporting itty bitty bikinis.

Case in point: Ratajkowski's bikini bottoms recently gave her a wedgie on the shores of Crete. And in a move that shows us that the 25-year-old with the insane beach bod is a mere mortal after all, she posted the bikini mishap on her Instagram account for all to see.

"Hold up," she captioned the shot, indicating that she had to hit pause on her shore side shoot while readjusting her suit.Ratajkowski hit the Greek isle to capture many a shot of herself in two-pieces, including a few from Australian swimwear line Amore and Sorvete. Earlier this summer, she announced her campaign with the brand ... but the bunched up bikini responsible for her Instagrammed wedgie is actually a Dolce & Gabbana piece.

We're not surprised that the brunette beauty would post such a candid shot, since she's never shied away from starring in provocative images. Not only was she one of the models to star in Robin Thicke's racy "Blurred Lines" video, but she stood alongside Kim Kardashian for an Instagram shot that saw the pair posing topless.

"It's weird to me that the reaction to a woman's naked body is so controversial in our culture," she told InStyle UK last year. "My mum taught me to never apologize for my sexuality. My dad never made me feel embarrassed. I also don't think I've ever had an awareness of my own body as being super-sexual. It was always just my body."

With that mentality, we're guessing Ratajkowski will post plenty more bikini shots in the future!