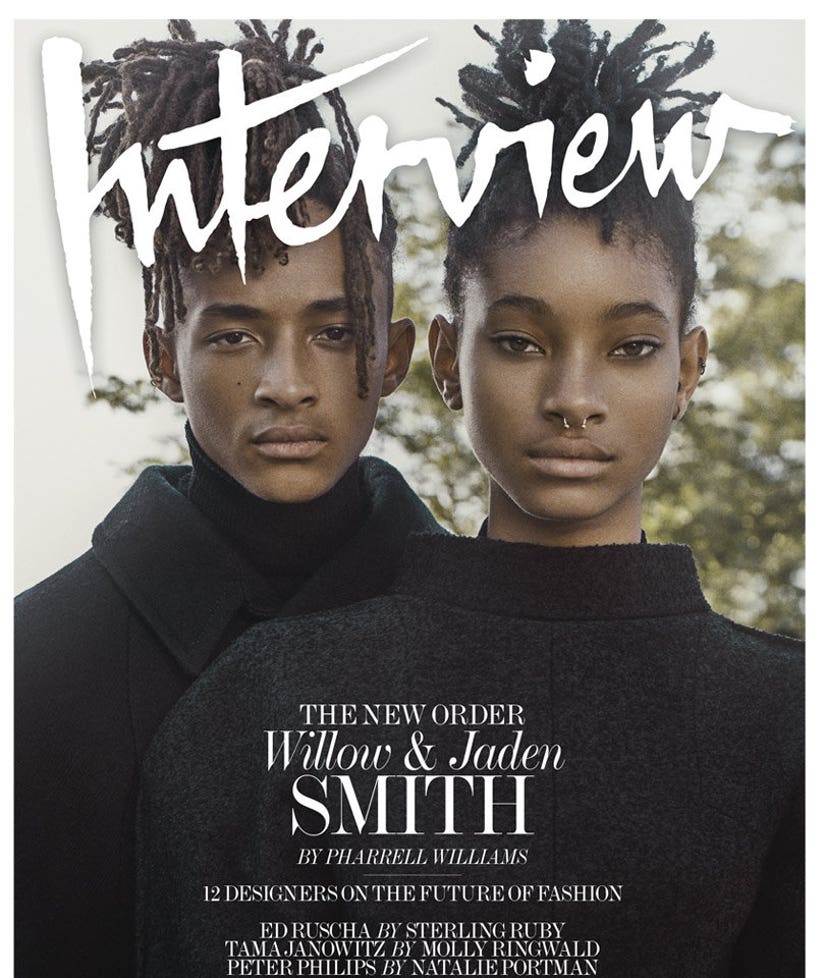 Not only do Willow and Jaden Smith grace the cover of the September issue of Interview magazine together, but they share a similar outlook on lot of things.

The brother and sister sat down with Pharrell Williams for their cover interview and revealed that they have both been deeply influenced by their famous parents, Will Smith and Jada Pinkett Smith.

"Growing up, all I saw was my parents trying to be the best people they could be, and people coming to them for wisdom, coming to them for guidance, and them not putting themselves on a pedestal, but literally being face-to-face with these people and saying, 'I'm no better than you, but the fact that you're coming to me to reach some sort of enlightenment or to shine a light on something, that makes me feel love and gratitude for you,'" says Willow of her mom and dad.

"What my parents have given to me is not anything that has to do with money or success or anything that society says people should be focusing on—it's something spiritual that only certain people can grasp and accept. And that's how I act and move in the world," she went on to say."I 100 percent agree with Willow on that one," says Jaden. "My parents are definitely my biggest role models. And that's where me and Willow both pull all of our inspiration from to change the world. It all comes from a concept of affecting the world in a positive way and leaving it better than it was than when we came."

And the two admit that they're in synch when it comes to much more than the lessons they've learned from their mom and dad. Growing up, Willow reveals the two shared a love for outrageous fashion choices. 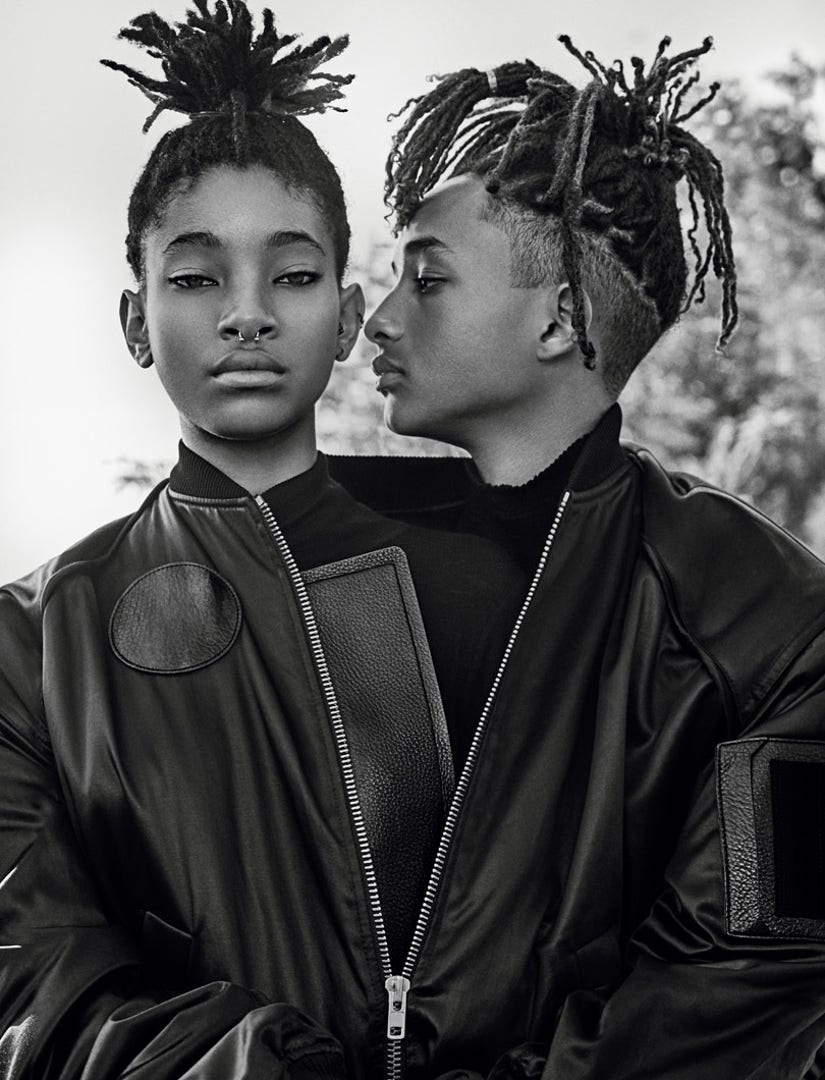 "We would wear the craziest things," she says. "Jaden would only wear his Spider-Man costume. I would freaking mismatch every single shirt and pants in my closet. We would just be so rambunctious with our clothing choices. And when we were old enough to start dressing ourselves, my mom was like, 'Are you sure you want to go out like that?' And me and Jaden would be like, 'You know what? Yes.' And she'd totally accept it. I feel like that's where most of our confidence comes from."

In fact, according to Jaden, their sense of style was better back in the day.

"Nobody knows that Willow and I were much, much cooler before. Like, before people were looking at the things that we were doing, we were so much more, like, method with fashion," says Jaden. "We really went all the way. We went the extra mile on every- thing because there was no one looking at us. We've been through the roof, with ludicrous fashion ideas since we were extremely young."

But even if they had been in the spotlight during their early youth, the two probably wouldn't have wanted to splash their looks all over the internet. The two reveal they're pretty cautious when it comes to their online image.

"Even for people like us who have an awareness that's slightly more awakened, it still takes over your mind," says Willow of the growing trend to share everything on social media. "It becomes compulsive, and you have to start asking yourself, 'Whoa, what is the real reason for me checking my Instagram every five minutes? What is the real reason for me posting this photo right now?' I never want to do things impulsively that have no meaning or intent, especially on social media."

Jadens agrees, saying, "How people look at us in public is not how we actually are in private. It's just that we choose not to tell everyone every- thing. Like, okay, I'm in New York right now. I'm not posting an emoji of a plane on Instagram, like, 'New York.' I don't want anyone to know that I'm here in New York.