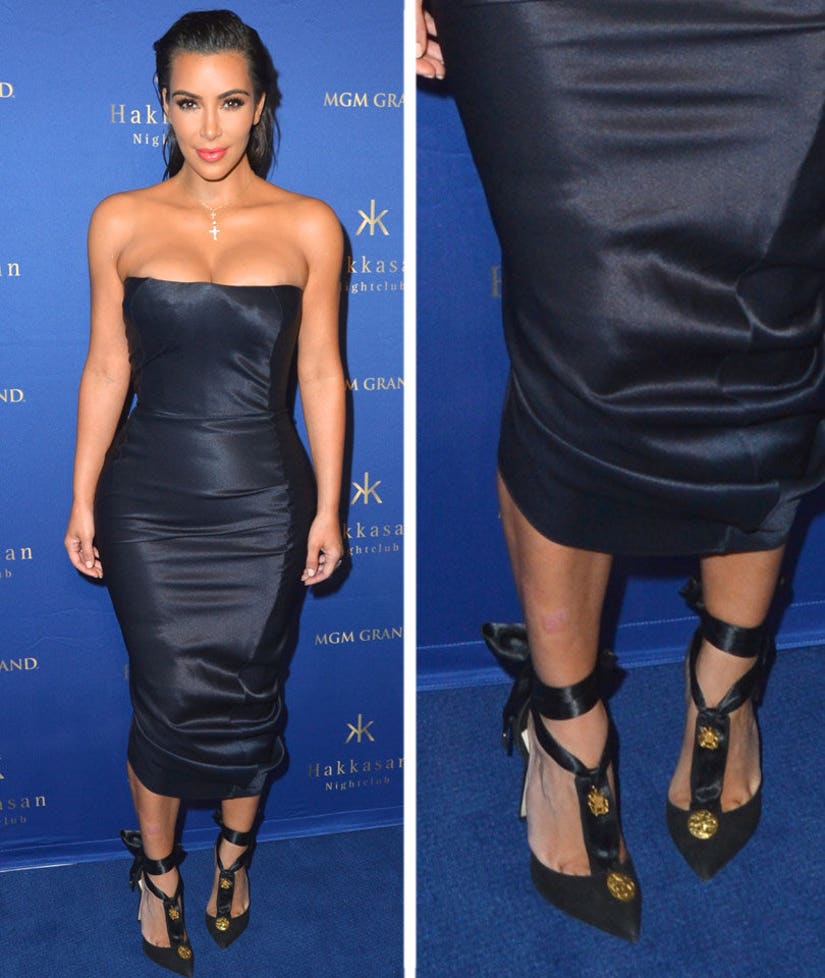 Even Kim Kardashian has her imperfections.

The "Keeping Up with the Kardashians" star took to her app on Wednesday, where she opened up about living with psoriasis.

"I have that one patch on my right leg that is the most visible," the mother-of-three posted on her site. "I don't even really try to cover it that much anymore. Sometimes I just feel like it's my big flaw and everyone knows about it, so why cover it?"

"After this many years, I've really learned to live with it," she declares.

The 35-year-old first found out she suffered from the chronic skin condition -- which produces dry, red, scaly patches of skin -- back in 2011 after visiting a dermatologist on an episode of "KUWTK."

"I got it for the first time at the DASH store opening in New York," she reveals. "I wore this all-sequin dress and I started getting really itchy; I thought it was just a rash caused by the fabric, but then the rash was COVERING my legs and my mom was like, 'I think you have psoriasis!!!' She has it too, and it's hereditary, so she spotted the symptoms immediately."

Kardashian keeps her condition under control by getting a cortisone shot every few years. She also tries to avoid certain foods that tend to cause flare-ups.

"There's no cure that we know of right now, but there are certain foods you should avoid to help prevent flare-ups—acidic foods like tomatoes and eggplant, for instance. Everyone with psoriasis has different symptoms; sometimes the rashes are itchy, sometimes they're flaky," she explains. "Mine flares up from time to time for different reasons."

While there's still no cure, Kim says she uses a topical cortisone ointment every night before she goes to bed. "I'm always hoping for a cure, of course, but in the meantime, I'm learning to just accept it as part of who I am," she concludes.

What do you think about Kim's health confession? Sound off below and check out the gallery above to see more gorgeous snapshots of Mrs. Kanye West!