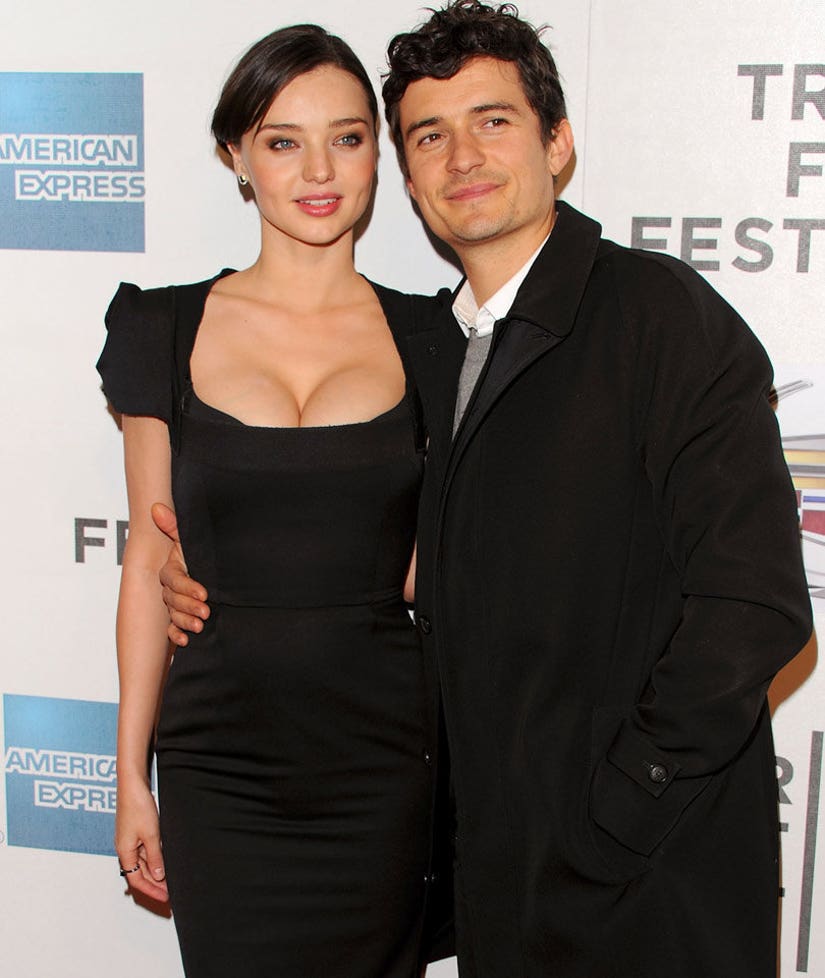 Looks like Orlando Bloom made sure to mention his unmentionables to ex Miranda Kerr before naked pictures of him surfaced online.

Before the now infamous shots of the 39-year-old paddleboarding in the nude with girlfriend Katy Perry hit the internet, Bloom gave his ex-wife a heads up that they would be, ahem, popping up.

The model, who was on "The Kyle and Jackie O" radio show talking about her role as a Bonds Swim ambassador, revealed that Orlando made sure to prepare her for the scandalous shots after host Kyle alluded to the headline-making incident.

"I've noticed there's a theme running here," he told Kerr. "I don't know if you've seen the same photos, but even when people are paddleboarding, people are supposed to be wearing pants of some description."

Kerr laughed before saying,"Yes, I'm going to send Orlando a pair of both because he, you know, might like either of those."

She went on to reveal that she was perplexed by Bloom's choice to ditch his clothes when he contacted her to tell her about the photos.

"Oh my God, he text me and was like 'Um, I'm really embarrassed," she said. "'Some photos are coming out, just thought I should let you know.' And I was like, 'Hmmm… right, what were you thinking? Seriously?!"

Kerr and Bloom, who are parents to 5-year-old Flynn, divorced in 2013 after three years of marriage. Kerr announced her engagement to Snapchat CEO Evan Spiegel in July.