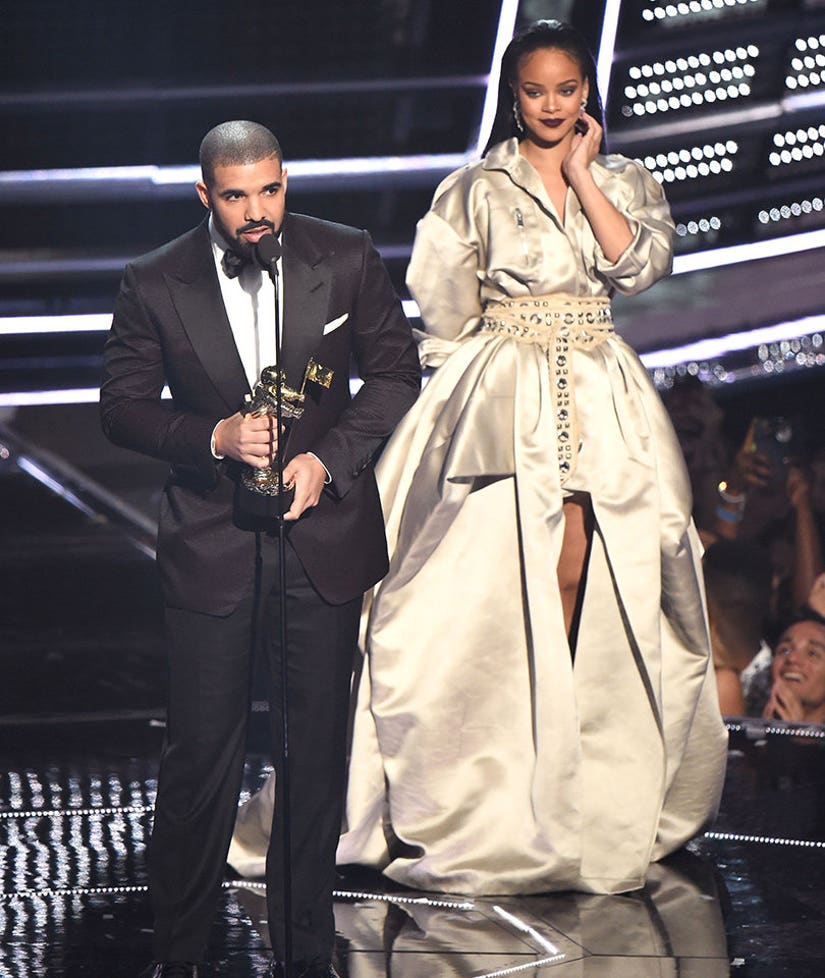 Rihanna is finally responding to Drake's public declaration of his love for her at the 2016 MTV VMAs stage.

In case you missed it, the "Hotline Bling" singer introduced this year's Video Vanguard Award winner with some pretty touching words.

"She's someone I've been in love with since I was 22 years old," he said. "She's one of my best friends in the world. She's a living breathing legend in our industry."

On Friday—nearly a week after receiving the award—RiRi took to her Instagram account to reflect on her big night at the awards show and to thank the many people who have helped her along the way, including Drizzy.

"I have the most incredible people in my life! My family, friends, loved ones, my fans, my team!!! All gifted beautiful spirits!" she captioned a video clip of her acceptance speech.

She then went on to name names, giving shout outs to Naomi Campbell, Mary J. Blige and Tracee Ellis Ross for their "kind words," before addressing Drake directly.

"@champagnepapi your speech was so touching and I love you for that!" she wrote.

Not I love you, but I love you for that speech. Not exactly a resounding confirmation that these two are both head over heels for one another.

Still, the two haven't done much to dispel the rumors that they're officially a couple. The pair locked lips onstage in Miami when Rihanna made a surprise appearance at Drake's sold out show on Wednesday. And following the concert. Following the concert, Rihanna got a shark tattoo—a move that could be a nod to her rumored beau, since Drake recently bought the Bahamian beauty a stuffed shark after they visited a Toronto aquarium together earlier this month.