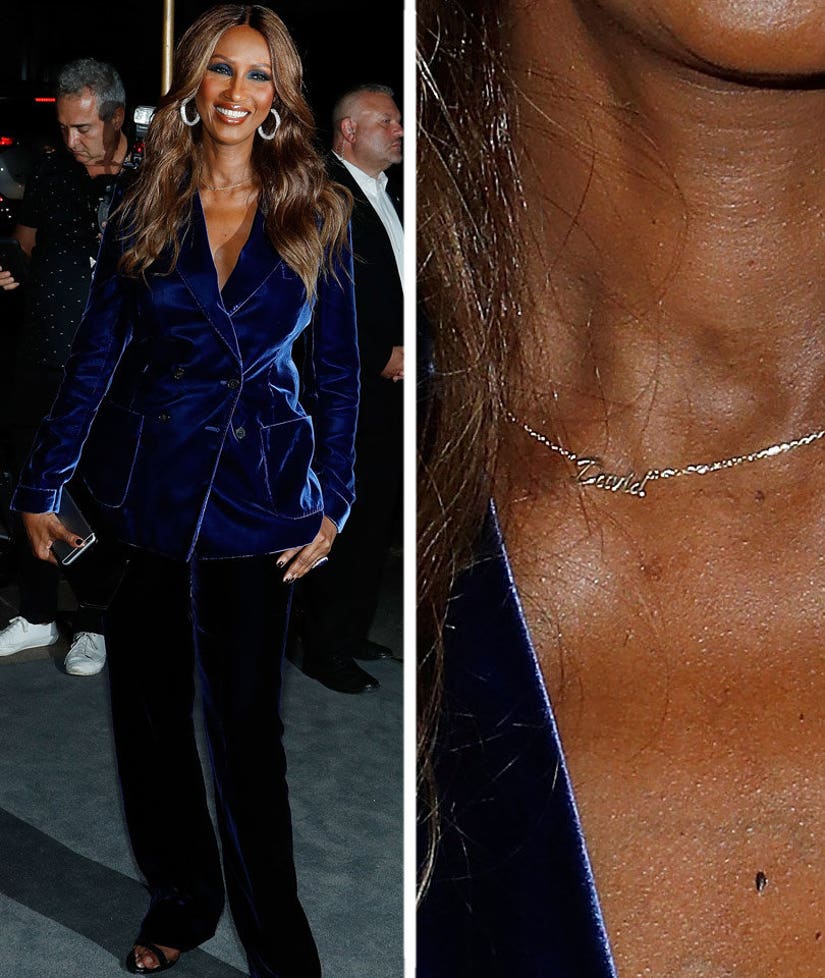 Even though she professes otherwise, Iman is absolutely a survivor.

During an interview with "Good Morning America" at last night's Tom Ford NYFW show, she says that "it's been a tough year," but she's "holding up" after the death of husband David Bowie.

She and Bowie were married in 1992 and experienced a whirlwind romance from the day they met till the day David died earlier this year.

At the show, she debuted a Hedi Slimane-designed necklace in gold, a tribute to her late husband.

"I'm wearing this until my death," she explains. "It just says 'David.'"

When told that she was a survivor, she sadly responded, "Not as much as you think."

The couple share a 16-year-old daughter, Lexi, who is also a model.

Lexi turned 16 back in August, months after her father's death, and Iman — notoriously private about her family and relationships — shared a snap of the duo's gorgeous offspring. She captioned the snap, "Happy sweet 16th birthday to my baby girl Lexi! Stay sweet, 'classy with a hint of sassy,'" and hashtagged it #selfportrait and #lexilove. The ultimate legend, David Bowie, passed on January 10th of 2016 at the age of 69 from liver cancer.