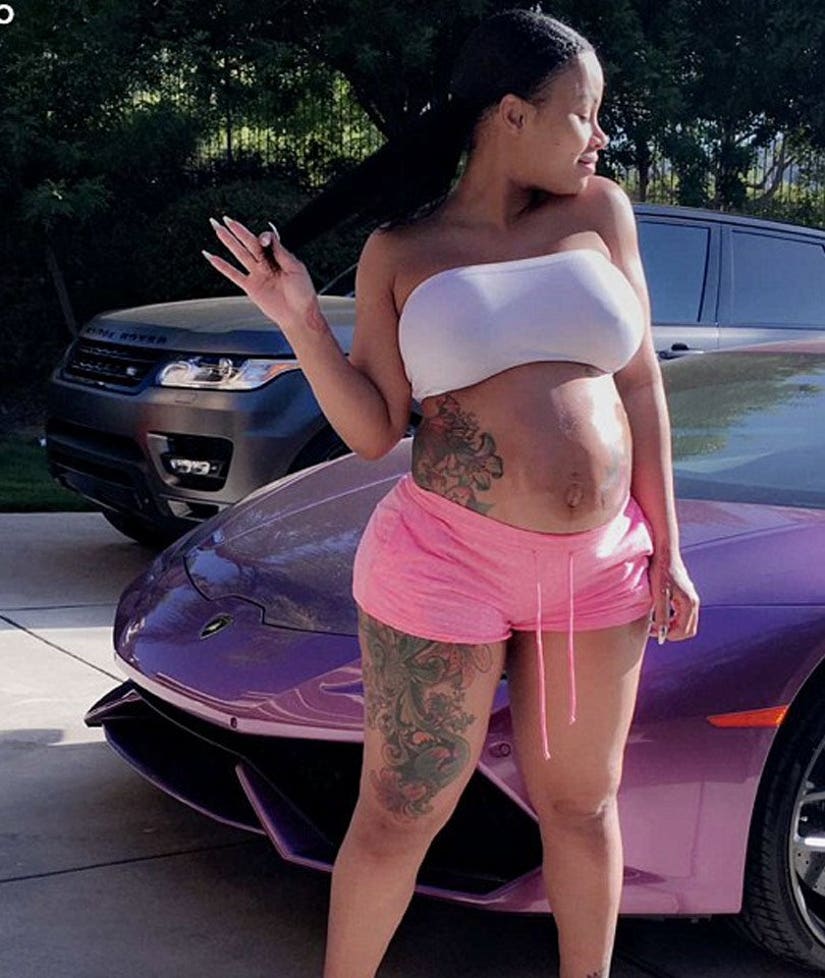 Rob Kardashian's baby mama took to Snapchat on Thursday to show off a more muted look from her, wearing nothing but a white tube top and pink, cotton shorts while flaunting her burgeoning bump and a no-makeup look.

Considering some of Chyna's out-there getups, this is the most refreshing ensemble we've seen in a long time!

Her other half recently opened up about his fiancee, real name Angela White.

"Honestly, I'm just so attracted to how Chyna was when she raises her son, that's what attracted me to her," he tells PEOPLE.

"She was such a great mom, and that was very attractive to me, obviously, and it led me to wanting to start a family with [her]," he reflects.

Though rumors swirled for months that Rob was using Chyna — and vice versa — to create even more drama within the Kardashian clan, he vehemently denies those claims.

"People probably think, you know, we did something out of spite, something like that," he explains. "Never in a million years would I have a child out of spite."

Though things are on the up-and-up now, a newly-released clip of the duo's upcoming reality show showcases Blac Chyna kicking Rob out of their shared home.

In the clip from the show — which debuts this Sunday on E! — Rob tells Scott Disick that he and Chyna got into a fight, and that she gave him the boot.

"I'm just gonna let her be, and give her her space, so I don't know," he tells Kourtney's baby daddy.

"This cycle of me being kicked out of the house has happened several times, and usually I go right back in, but I'm sick of it," he says.

Scott responds, "You're telling me my own life," referencing his on-again, off-again relationship with Rob's sister.

"I'm going to stay at my house in Calabasas for a bit," concludes Rob in the clip.

What do you think of their fiery relationship? Sound off below!