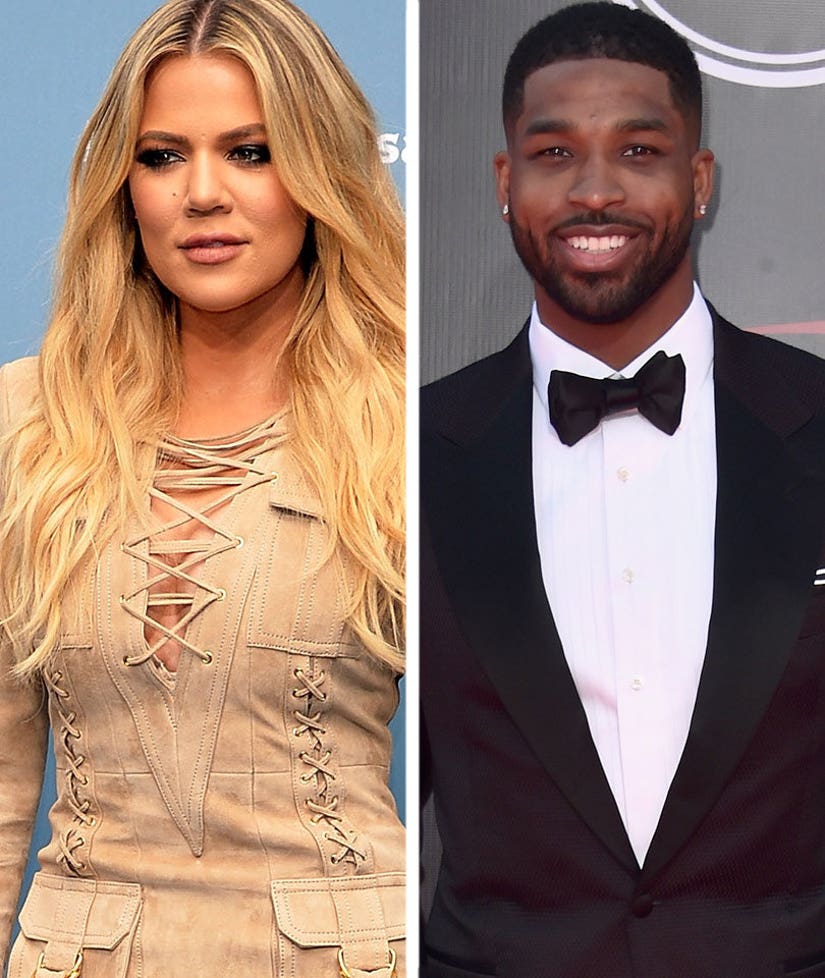 Love was in the air at the Staples Center on Friday night!

A camera captured the love-struck couple with their arms wrapped around one another as they danced to "Too Good." At one point Thompson—a 6'9" basketball player for the Cleveland Cavaliers—leaned down to plant a sweet kiss on the "Keeping up with the Kardashians" star.

The two also took time to enjoy the concert with their friends, dancing and singing along to Drake and Future hits throughout the night in the V.I.P. section.

But the evening didn't end at the there. Khloe later took to Snapchat to share shots of her and Thompson hanging out with Kris Jenner. Sounds pretty serious to us if Thompson's met her mom!

The trio was all smiles in the shot that features a large heart emoji sprawled across the top of the top.

Khloe and Thompson first sparked romance rumors when they were spotted vacationing together in Cabo San Lucas, Mexico over Labor Day Weekend.

Catch Khloe and Thompson's PDA-packed encounter at the Drake concert in the video (above).