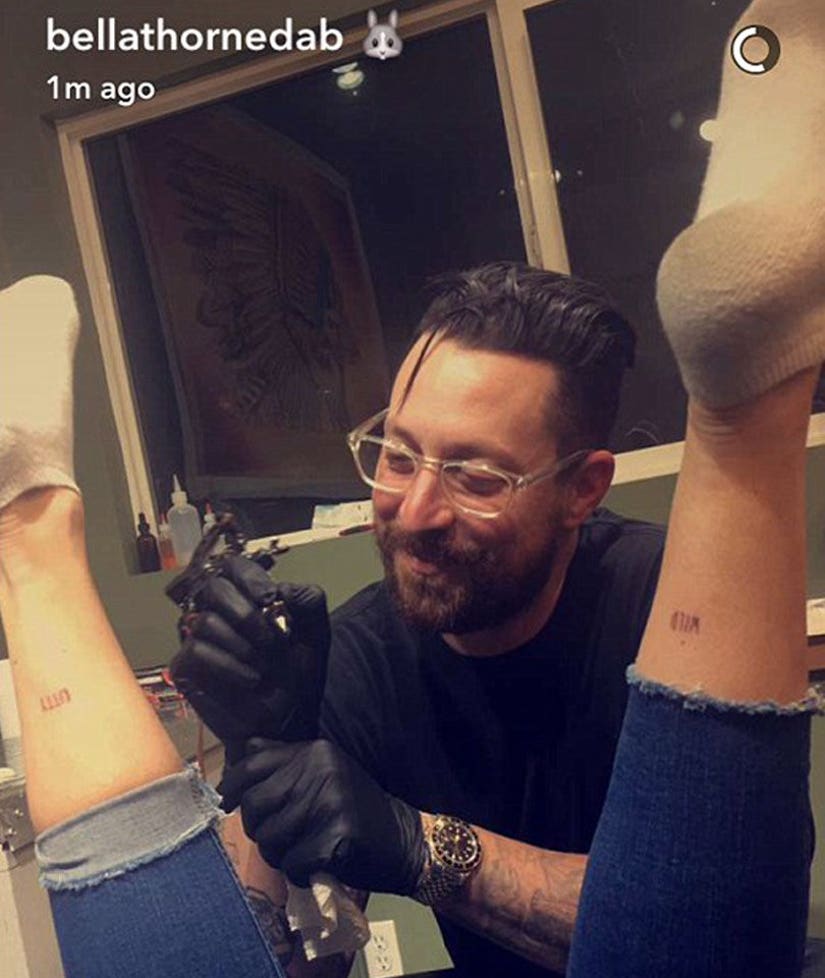 The 18-year-old took to Snapchat to share a shot of herself getting inked with the phrase "Wild Kitty" on her calves.

In the pic, a tattoo artist appears to have just finished etching the word "wild" on one leg and "kitty" on another. Bella, who sports cropped jeans and ankle socks in the shot refrained from captioning it, letting her ink do the talking instead.

It comes as no surprise that the "Duff" actress, who has two cats—Louis, a Siamese, and Lola, a Scottish fold—would opt for a tattoo that is as much an ode to her furry friends as her, apparently, wild side.

"If I'm, like, crying or something, they'll come up to me and they'll just, like, snuggle me cause they know I'm having a bad day," she told Us Weekly about her pets. "That makes me feel so much better because, you know, then for a second I'm just thinking about them and what they want and not me and what I'm going through."

This isn't the first time Thorne has experimented with body art. In addition to having a B-squared tattooed on her wrist (a friendship tattoo that she got with BFF Bella Pendergast) and a heart tattoo on her shoulder, the actress documented herself getting her eyebrows tattooed on Snapchat back in August.

Unlike her "Wild Kitty" tattoo, however, Thorne's eyebrow ink -- created with a process known as microblading -- will only last about a year.