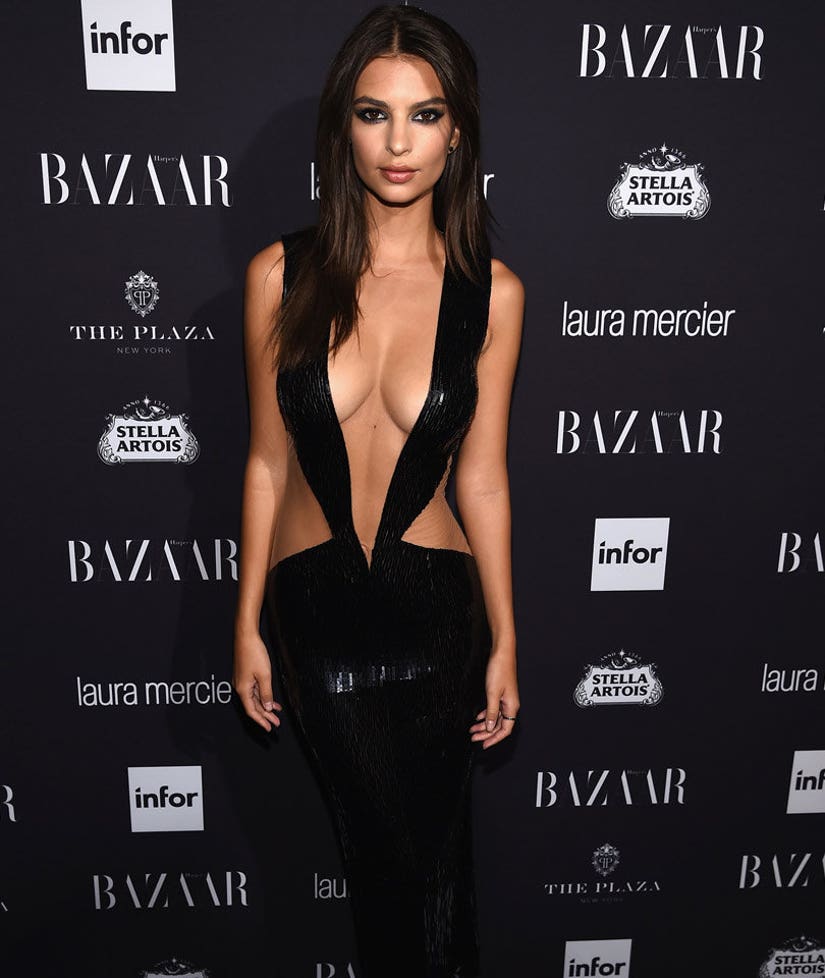 Who you calling vulgar?

Emily Ratajkowski turned the tables on Tim Gunn on Monday, when she called out the "Project Runway" host for what she believes was his sexist critique of her outfit at the Harper's Bazaar Icons party.

ICYMI, Gunn had some not-so-nice things to say about the model's Julien Macdonald dress, which featured plunging V-shaped straps that exposed her midriff and quite a bit of cleavage.

But he didn't stop there.

"This dress is so appallingly vulgar and revealing," he continued. "Why wear anything? Why not just take it all off?"

When fellow guest Nene Leakes defended the "Gone Girl" actress, pointing out the fact that Kim Kardashian had recently stepped out wearing looks that exposed her nipples, Gunn did not budge.

"That's my point. Is this all driven by social media? Is this all just about [getting] everybody shocked?" Gunn asked.

"This is just vulgar and repugnant," he reiterated.

But Ratajkowski, who recently penned an article for Glamour about the sexist double standards women face, didn't take the critique lightly.

"When I wrote my Glamour article, I was just thinking of men who call women attention seeking for being sexy," she tweeted in response to Gunn's harsh words. "I wasn't even thinking of the hosts of nationally televised shows who call women vulgar because they can see their stomachs."

"Western men in 2016: Want to ban women abroad from voluntarily covering themselves at the beach . . . then want women to cover up their 'vulgar' bodies at home,” she went on to write. "It's 2016. Why keep trying to dictate what women can wear?"

What do you think of the emerging feud between Gunn and Ratajkowski? Did Gunn go too far with his critique? Sound off below!