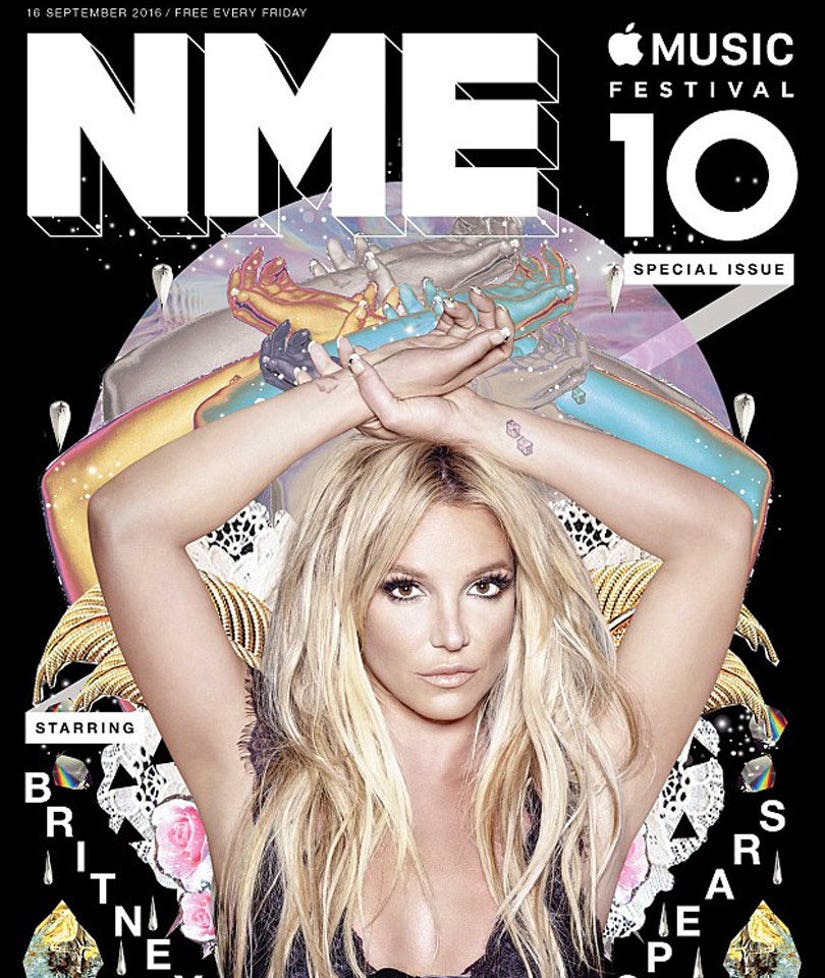 There's no doubt that Britney Spears' fans are utterly devoted to the pop star, but sometimes their adoration can overwhelm the 34-year-old.

Like, for instance, when they refer to her as "Godney" or the "Holy Spearit."

The "Make Me" singer recently weighed in on her the oh-so-holy nicknames when she sat down for an interview with British music magazine NME.

"That's just how the fans are—and I don't want to let them down," she said. "At the end of the day we're all human and we all make mistakes. It's really flattering but I don't know if I can set my bar that high! I'm sure a lot of them have almost felt like they've grown up with me."

But the blonde beauty, who has been in the public eye for more than half her life, admits she tries to avoid thinking about her status as a celebrity.

"I try not to analyze it too much," she says of her fame. "I love what I do and I think that helps because it speaks for itself when I perform."

And it was that devotion to her art that drove her latest album, "Glory."

"Honestly, this is the first project where I've really been hands-on," she confessed. "I was really specific about who I worked with and I've been learning to say no. I'm a people-pleaser, so that's hard for me — even if I don't like something, I'll do it just to make a person happy."

Even though she's at a point in her career where she's confident calling the shots, she admits she still has doubts about continuing her music career.

"Seeing other artists continue to do this kind of thing inspires me too," she says. "Because sometimes I'm like, 'What am I doing? Like, I could be a teacher.' But then I see other people doing it too and I'm like, 'Well, you know, it's probably all they've known for so long, so it just kind of makes sense.'"