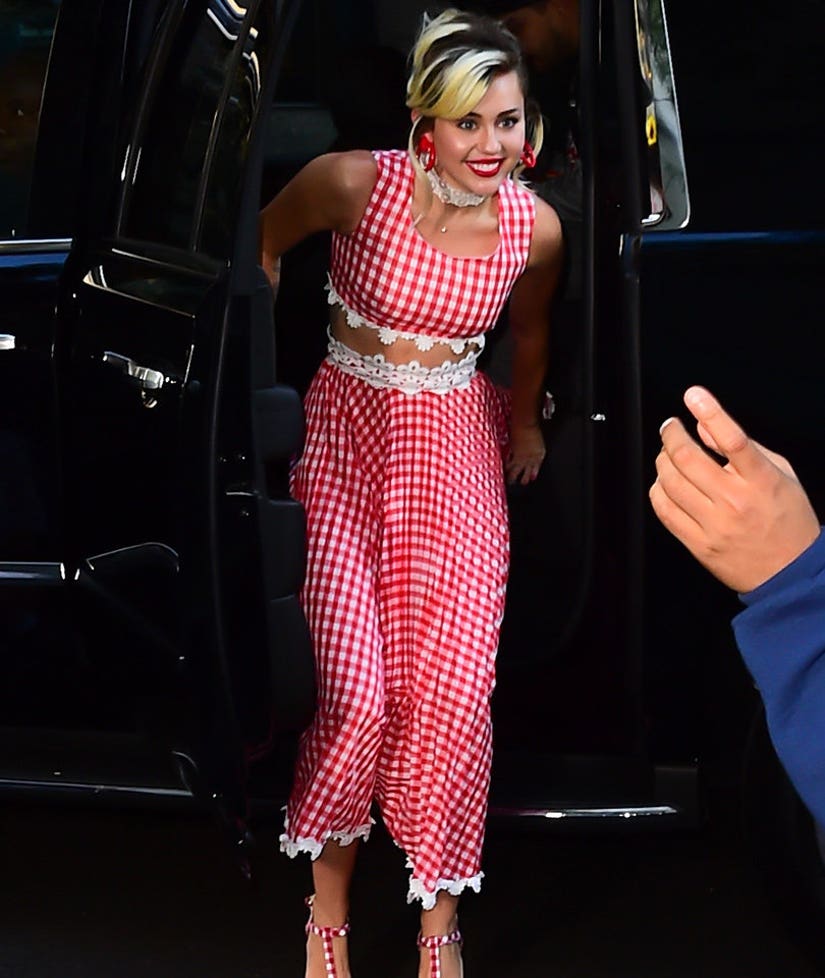 Earlier this week, the "Wrecking Ball" singer made headlines when she said she would "never do a red carpet again" in an interview with Elle magazine.

And this Friday morning on "Today," the 23-year-old stood by her statement when host Carson Daly asked her about it.

"You said something about you don't want to do red carpets anymore," Daly said, broaching the topic. "Should I change the color of our carpet for you?"

"It's really not about the color of the carpet," Cyrus clarified for the host. "Women, we get yelled at to blow [the photographers] a kiss and, like, I don't feel like blowing you a kiss."

Host Savannah Guthrie nodded along, as if to confirm the behavior Cyrus described.

"I don't want people to really talk about what I'm wearing. That's usually why I don't wear too much." -@mileycyrus https://t.co/PpACrPwssq

"[The photographers] yell, 'Blow us a kiss!' Like what is going on? Who are you?" Cyrus continued. "And then you're just kind of putting yourself out there for people to talk. I don't want people to talk about what I'm wearing. That's usually why I don't wear too much, but they make me wear clothes on 'The Voice' and on 'The 'Today Show,' so this is what I chose."

Guthrie did, however, take the time to ask about one significant part of the singer's outfit—the engagement ring given to her by fiancé Liam Hemsworth.

"I didn't pick this out," said Cyrus, shutting down any further conversation on the topic.

Looks like she really doesn't want people discussing her style--or her relationship!

What do you think about Miley's decision to skip red carpets? Sound off below!