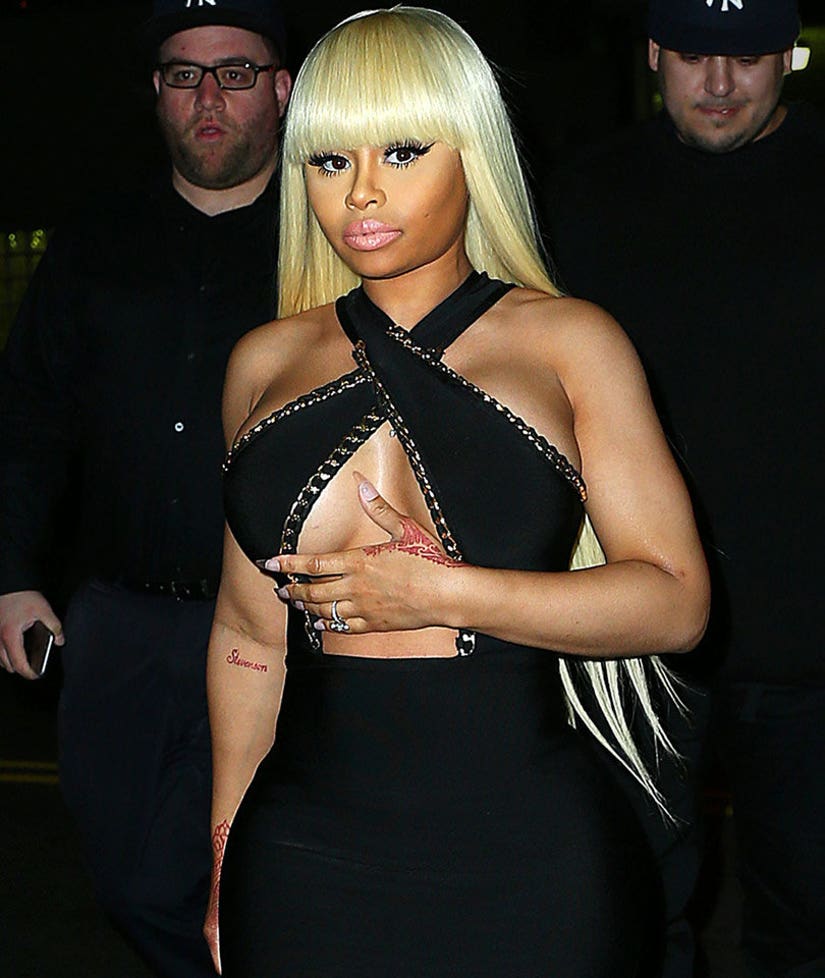 It was bound to happen eventually.

Blac Chyna recently ran into her ex Tyga and his new girlfriend Kylie Jenner—and the awkward interaction was caught on camera.

In the clip from this Sunday's episode of "Rob & Chyna," we see the expectant Chyna bump into her former flame and her future sister-in-law as she roams Khloe Kardashian's birthday party with Kim Kardashian.

"He's probably right…I don't know over there somewhere," says Chyna, who can't seem to figure out where Rob went.

Tyga, meanwhile, awkwardly takes a sip of his drink and averts his eyes before going in for a hug with his ex—all without a smile on his face.

Chyna admits that she tries to make the most of a not-so-ideal situation in an aside to the cameras.

"Here comes Kylie and Tyga…I kinda talked to them for a moment because this is going to be my future sister-in-law," she says.

Kylie seems to take the same attitude, telling the model, "I'm so glad you made it!"

Rob seems less enthused, hanging back and not really interacting with anyone.

Watch the rest of the clip (above) to see how Chyna, who says she can tell there's something "wrong" with Robert, handles the situation.