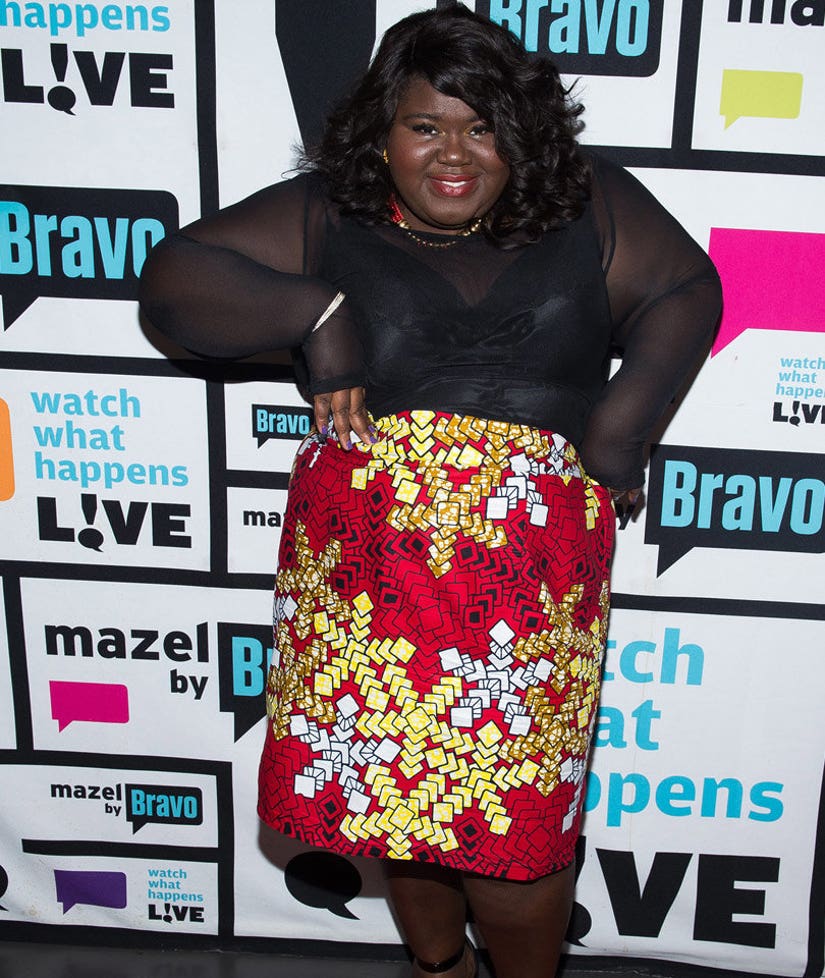 This is some truly precious advice.

"Empire" star Gabourey Sidibe appeared on "Watch What Happens Live" on Tuesday night alongside costar Jussie Smollett, where the actress got brutally honest about her rough years dealing with criticism over her size.

When a viewer called in with a question about how to help her own daughter deal with bullies over her weight, Sidibe got personal, giving advice from her own personal experience.

"I gotta be honest with you, I went through school and I didn't realize how much it prepared me for real life. I'm still dealing with the haters," the 33-year-old explains. "Look, it is rough, junior high school is a battlefield. Get her in a class, have her find something she loves about herself and as long as she builds herself and finds her own self love, no matter what anyone says about her, it'll hit her and fall right off her."

For Sidibe, the one thing she loved about herself growing up was her voice.

"I knew every song on the radio, so I sang a lot. That's what I found that I liked about myself," she continues.

Andy Cohen asked if things started turning around for her after the release of "Precious," when she started getting more attention from the general public.

"Actually, no," she explains. "You're in the public eye, how often do people tweet things at you that make you don't feel great? The second you decide to feel great about yourself is when you feel great. It's not the fame, it's not money, what little money there is, I'm not rich. I'm rich in love. It can't come from some outside source. I got a lot of therapy in my life. I champion for therapy. Sit with yourself. You have to figure out what about yourself you love."

Sidibe -- who looked noticeably slim during her "WWHL" appearance -- made headlines last month after she posted a selfie of her new physique on Instagram.

Fans went wild over the pic, giving her props on her apparent weight loss. When Sidibe realized what was happening, she tweeted that she wasn't fishing for compliments.

Um... That Instagram photo was mostly about showing off my Biggie Smalls tshirt and laid wig but...ya know... That's cool too. 👸🏿