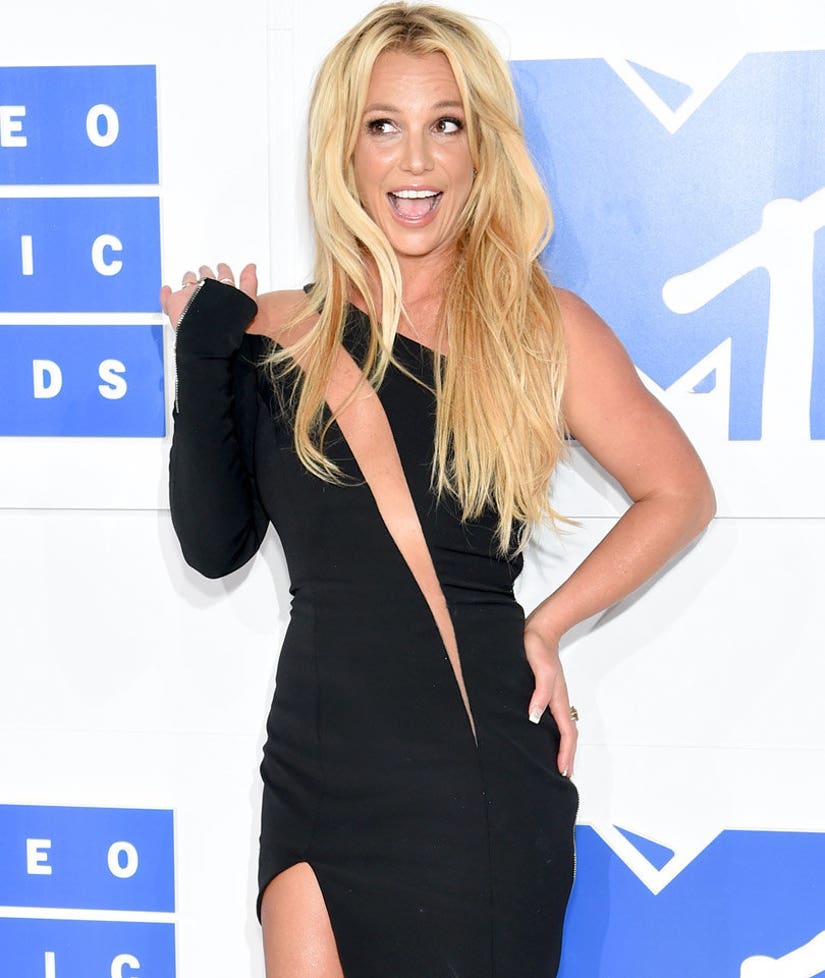 In a hilarious prank, Britney Spears' two sons, Sean Preston and Jayden James, joined forces to give their pop star mom quite the fright.

"We're about to scare the heck out of mom," says Sean, who narrates the clip, while Jayden films. "We just stole her phone."

As the "Make Me" singer rounds the corner, Sean screams, frightening Spears and causing her to abruptly topple to the floor.

"Preston!" she yells as she falls to her feet in fear. Meanwhile, her boys contagiously chuckle in the background.

But Spears couldn't have been that mad, considering she shared the video with her 13 million followers on Instagram.

"My damn kids," she captioned the clip.

Spears and her two boys recently spent some quality time when they vacationed together in Hawaii.

And though the trio enjoyed a little fun in the sun, the singer admitted that their everyday life is pretty mundane.

"I have kids now too, so everything is on a way lower scale," she told Flaunt magazine. "I'm actually a very boring person. I don't go out. I don't really do anything," adding "I should be Mother Mary, seriously. I think my life has done a complete 360."