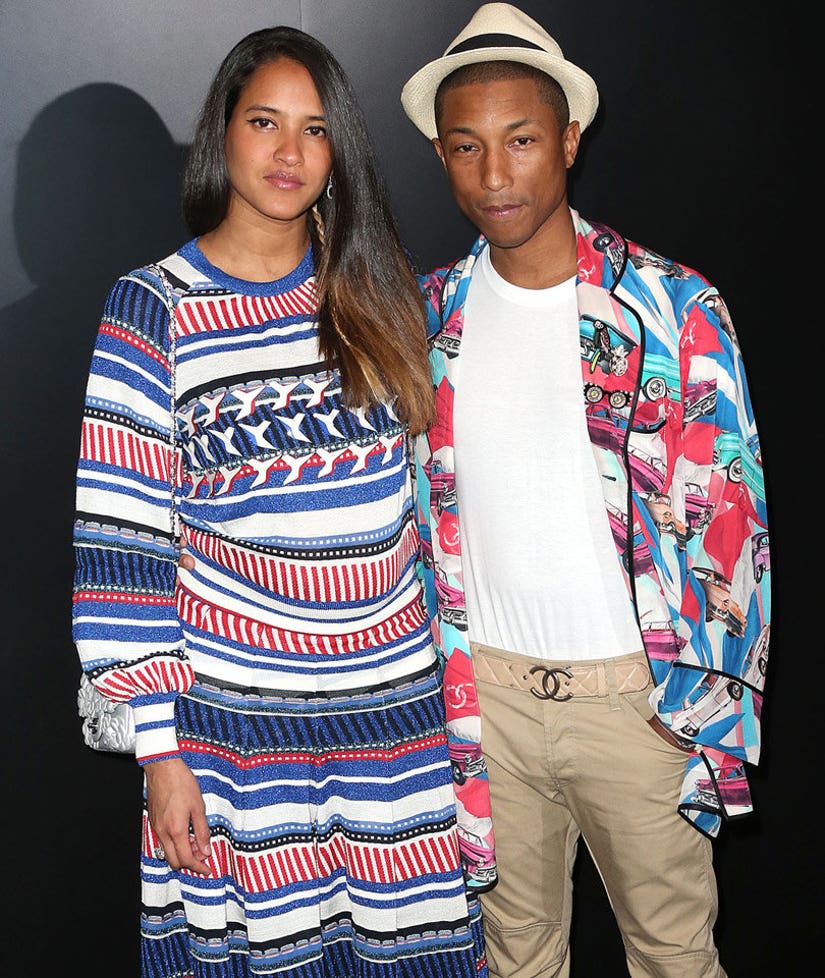 Looks like Pharrell Williams has one very special reason to be "Happy."

The 43-year-old and his wife Helen Lasichanh,36, are expecting their second child, according to E! News.

The couple hit up Chanel No. 5's L'Eau fragrance celebration last night at the Sunset Tower Hotel, where Lasichanh's baby bump was on display in a colorful midi dress.

The couple, who wed in October 2013, posed with their arms around one another for the camera. This is the second child for the pair, who are parents to 7-year old son Rocket Man Williams.

In an interview with Oprah, Williams took the time to explain the reason he and his model-designer wife chose the unique name for their firstborn.

“In the same way the Indians named their children after a force or animal or element, we named him after a man-made machine that was meant to go up, meant to ascend,” he revealed.

We can't wait to hear what name they choose for their second child!