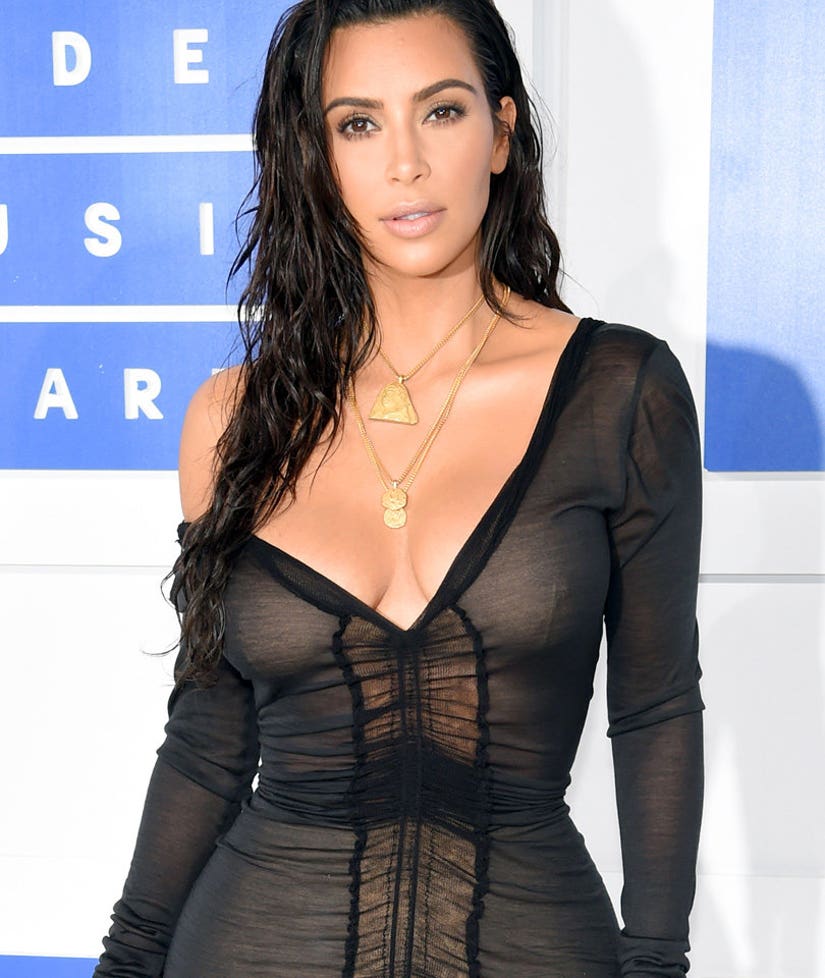 Kim Kardashian is not down with Donald Trump.

While she previously said she'd be voting for Hillary Clinton, the reality TV star said she was keeping her options open in a new interview with Wonderland magazine.

"At first I thought, 'Oh my god, I'm so Hillary,' but I had a long political call with Caitlyn [Jenner] last night about why she's voting Trump. I'm on the fence," Kim told reporter Eve Barlow, in quotes released Friday.

Well, that didn't sit too well with the collective Internet, so Kim took to her official website on Saturday to put her words into context ... and make it very clear she's "with her."

"A 'quote' of mine was released yesterday causing my phone to blow up by friends, family and even both candidates' camps, so I want to explain the context in which I said I was 'on the fence' about my vote," she writes.

"There was a point when I wasn't 100% sure I was even going to vote in this election; I didn't want to vote blindly," she continues. "But I also thought about how not voting would mean that I wasn't making my voice heard, so I decided to talk to my closest friends and family who I love and trust, to have an open conversation about politics."

As for her words with Jenner, here's what Kim had to say...

"I had a long conversation with Caitlyn, who has always been open about her political views, and she encouraged me to do my research before making my decision and then vote for the candidate whose policies aligned with the things that matter most to me," she says. "And so that's what I did. I thought about the things that are so important to me that they outweigh everything else, such as gun control and protecting women's rights to safe and legal abortion."

"I found that without a doubt, I stand with Hillary. I'm with her. I believe Hillary will best represent our country and is the most qualified for the job. This year, I'm not just voting for myself, but also for my children, and I took that into careful consideration when I made my decision," she adds. "Now that I have made my choice I want to be clear... I would never judge anyone based on their political or religious beliefs. I believe that both candidates have the intention of making the country a safer and stronger place for every American, they just have different ideas about how we get there."

Kardashian ends her post with this: "God bless America for allowing us to even make these decisions – there are so many in this world who are not so privileged."

What do you make of her decision? Sound off below!