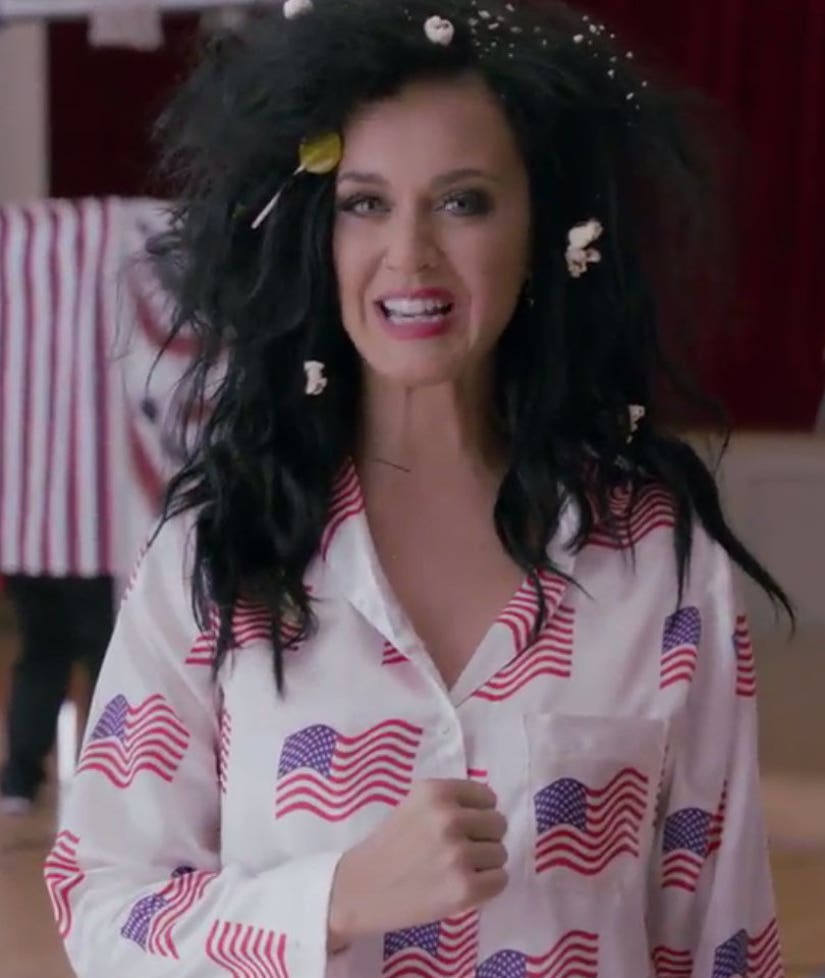 No clothes, no problem!

In an effort to get people to vote, Katy Perry got completely naked in a video for comedy site Funny or Die.

"You know, November 8 is Election Day, and I've got some great news," she begins the video, while wearing American flag pajamas and rocking some serious bedhead. "This year, you can look like s--t when you vote!"

A pajama-clad Perry then heads to the polls, where a number of other voters have rolled out of bed to rock the vote.

The 31-year-old points out that the Constitution allows for any number of I-woke-up-like-this voting ensembles, including a child's onesie or that free XL tee from your bank.

But the raven-haired beauty reveals she prefers to cast her ballot in the buff—and then proceeds to strip down to her birthday suit. That doesn't sit well with authorities.

Whether she wears pajamas or nothing at all come November 8, Perry has made it very clear that she plans to vote for Hillary Clinton. The songstress took the stage at the Democratic National Convention and made her political preferences known before launching into her performance.

"I didn't finish high school," she said. "Unfortunately, I don't have a formal education. But I do have an open mind, and I have a voice. I'm asking you to have an open mind and to use your voice. Here's how I'm going to use my voice: I'm going vote for Hillary Clinton."

Watch the video (above) to see how Katy's naked antics at the polls turn out—and to find out which nude male celeb joins her!