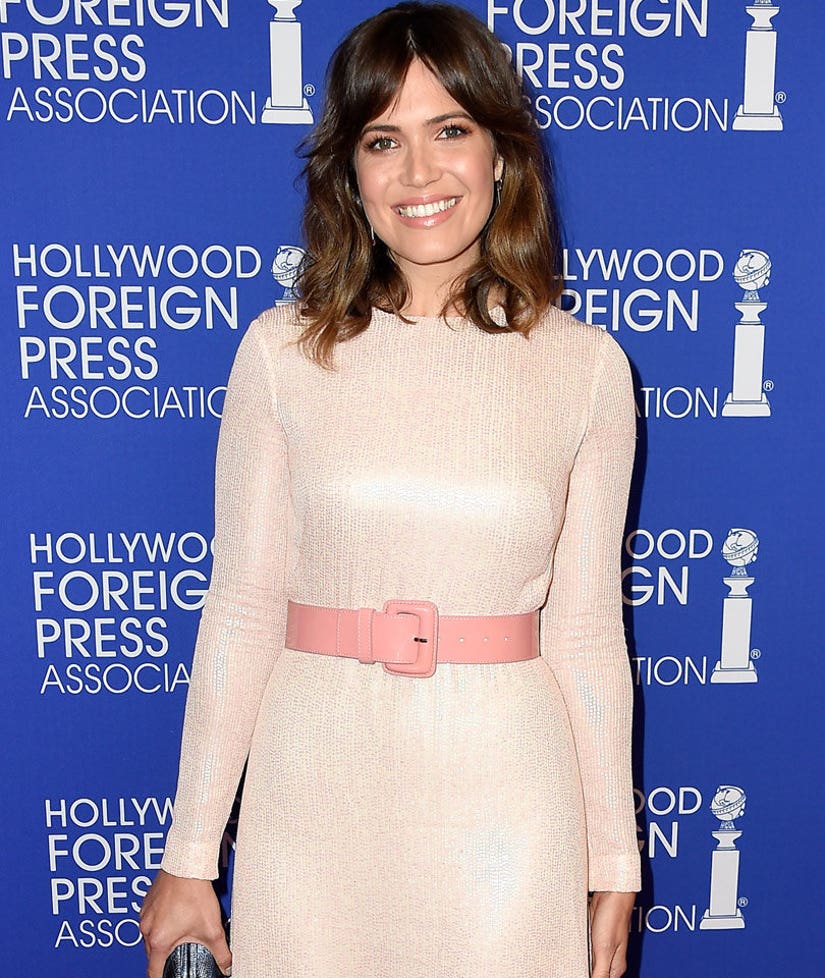 Mandy Moore has a tattoo of what on her foot?

The "Candy" singer revealed the story behind her not-so-sweet tattoo when she made an appearance on "Late Night with Seth Meyers" on Monday night.

"About ten years ago, I was on tour with my band...when you go city to city you're on a bus, but you get a day room [in a hotel],” Moore told Meyers. "I was the only girl, so I had my own room to shower and all the guys in my band shared a room."

“It became this big joke, because one of my band members was like, 'I don't want babies on my feet,'" Moore explained. "And so we created a song called "Babies on My Feet" that we sang on stage every night. No one had any idea what we were talking about."

Indeed, there's video evidence of Moore performing the unusual ditty from back in the day (above), but the band decided to take the inside joke one (permanent) step further by getting tattoos referencing the funny phrase.

"And to commemorate the tour, we all got babies on our feet,” Moore said, while revealing the tiny tattoo of a sperm on her left foot.

The ink has affected her work as an actress; a few months ago, she revealed via Instagram that her stunt double had to have the same "silly joke tattoo" drawn on her foot.

Guess you can call her look barefoot and not pregnant?