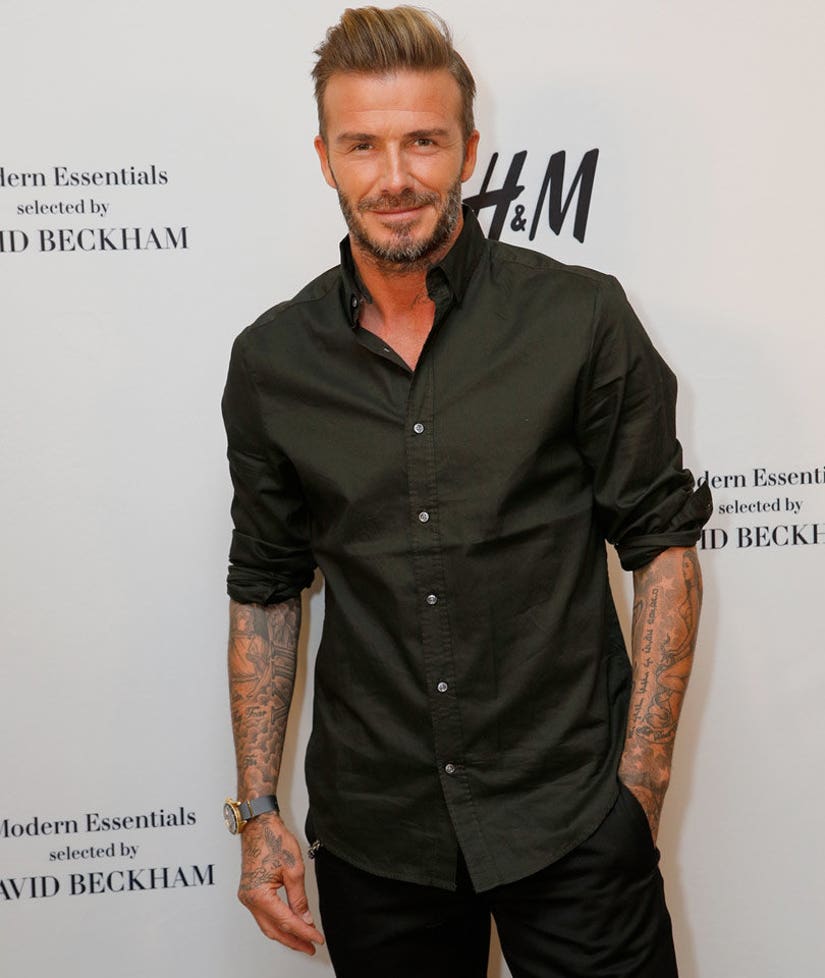 We all know the beautiful face above ... and one young UK lad plans to spend over $65,000 to get it for himself.

There's no doubt David Beckham is one of the most attractive guys out there. With his model-good looks, athletic prowess and equally-impressive family life with wife Victoria Beckham and their four children, a lot of people want to be him ... or be like him ... but here's a guy who's taking that desire to the extreme.

A 19-year-old Brit named Jack Johnson (no, not that one) appeared on UK's "This Morning" earlier this week to show what he looks like after dropping $26,000 on procedures to make him look like the soccer stud.

And yes, even after all that work, he's the first to admit he looks nothing like Becks.

"I know I don't look like him, I'm not that stupid," Johnson confesses in the clip above. "I got a long way to go to get my goals to look like him."

Jack says he'll have to spend another thirty grand to achieve his goals, after already plopping down a serious sum for cheek and chin fillers, an eyebrow lift and work on his lips and teeth. "I have tanning injections once a month to try to have his skin tone," he adds.

Who knew that was even a thing?!

As for his weight, Johnson admits he's "not slim like him, I ain't got the six pack," but plans to get a gastric band.

The teen says he's already had to take out loans for the work he's had done and is in serious debt ... but adds, "at the moment, I feel happy."

What do you think of his plan? Sound off below!