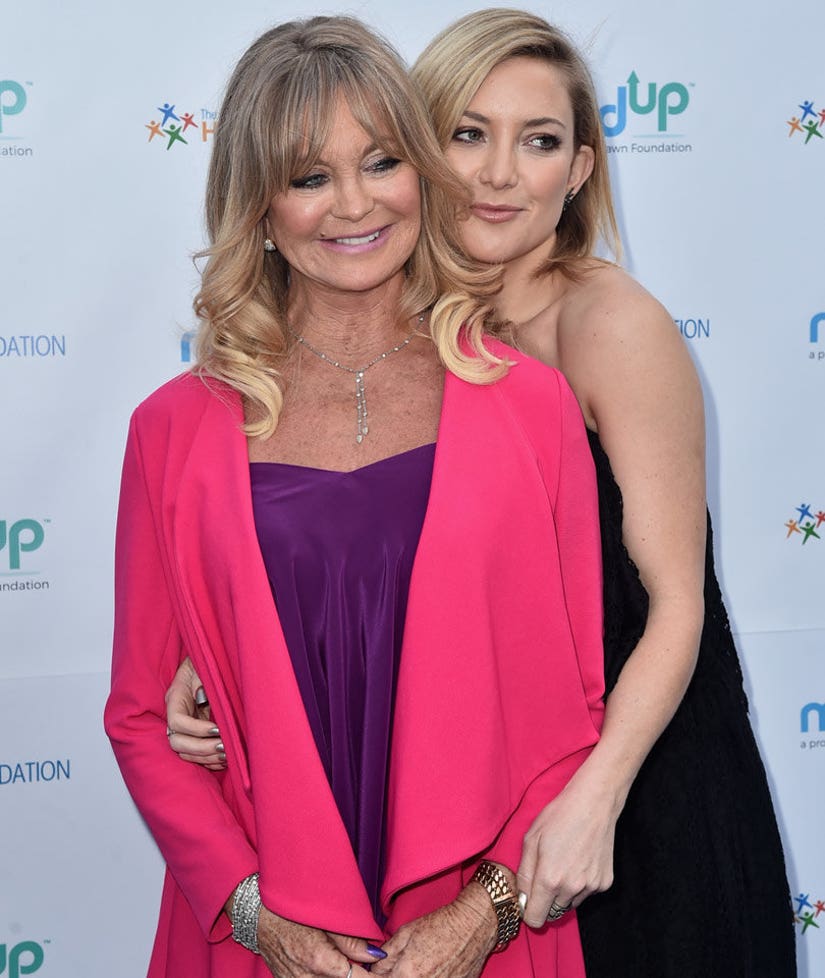 Kate Hudson is all about finding that silver lining.

The "Deepwater Horizon" star appeared on The Howard Stern Show on Wednesday morning, where the two got into a pretty deep conversation about the actress and her long-estranged father, Bill Hudson.

Their extremely turbulent relationship has played out in the public forum recently, with Bill telling the Daily Mail in 2015 that both Kate and brother, actor Oliver Hudson, were "dead to me" after Oliver bashed him online.

While Kate told Howard that they don't speak at all, she puts a surprisingly positive spin on the entire ordeal.

"I don't see it as a mess," she explained. "I think forgiveness in any aspect of something that is complex. It is the greatest tool to be able to separate that attachment. For me, I do really recognize whatever those issues are are just something that he has to live with and that must be painful for him. I forgive him."

Kate's mom, Goldie Hawn, and Bill reportedly split in 1980, shortly after Kate was born and four years after welcoming son Oliver together. They were officially divorced in 1982. Hudson says her relationship with her father "sort of teetered out" after that.

"I never felt like it was about losing interest," she told Stern. "My mom never spoke poorly of him and I was a real tough little girl. I was, I understood what was going on. I did understand that it didn't have to do with me and Oliver, we did understand that. Maybe not at a cellular level, but on a cognitive level."

"When you have a father like Kurt who's been there for the hard stuff ... the trust I got from him in terms of dependability was just priceless to me," she added. "He is so honest, so brutally honest. I love him so much; he is just a great guy. He is an original."

The 37-year-old actress says her father's abandonment helped her gain a "very thick skin." "I can take a lot, I'm incredibly resilient [because of it]," she said, "Everybody has their s--t."

Though she seems to be O.K. with their lack of communication these days, Hudson added that it's "really sad" he's never met his grandchildren.

"There is always the inability to understand my father, I don't understand it," she continued. "That must be painful for him and he must have his reasons, but you get to a point in you life ... when you add fuel to certain things, I don't ever want to add fuel to anything."