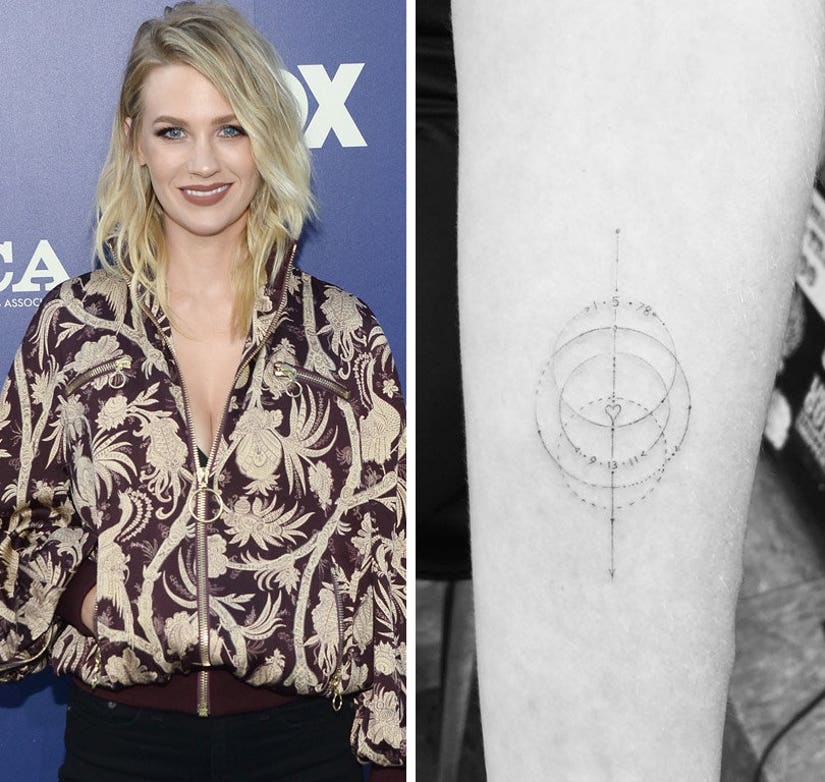 The "Mad Men" star first showed off her tattoo on Instagram earlier this week, crediting famed artist Dr. Woo for the piece. The art shows an arrow through through multiple overlapping circles, two of which have dates on them.

On Wednesday night's episode of "Late Night with Seth Meyers," the mother of one reveled the ink is actually a tribute to her son, Xander.

"It's my birthdate and his inside, I'm protecting. It's sweet," she explained, adding that the 5-year-old loved the idea. "We do fake tattoos on him all the time and he's like, 'That's never gonna wear off' and he felt very proud that I wanted that."

Jones added that Dr. Woo usually has "like a 5-year waitlist" to get into his tattoo parlor, but she got got in after a year and a half thanks to a cancelation list and some well-placed friends. And, after seeing her piece, January's mother is waiting for her own!

"My parents were super supportive. I have other tattoos but it's kind of noticeable there," the "Last Man on Earth" star explained. "My mom asked me to put her on Dr. Woo's waitlist too. She sent me pictures of these Polynesian tattoos going up her side, [I told her] 'I'm gonna judge you for that.'"

"This one goes out to us my son," she captioned a pic with the adorable tot. "5yrs ago today I became whole because you came into this world." Jones never revealed the identity of Xander's father.