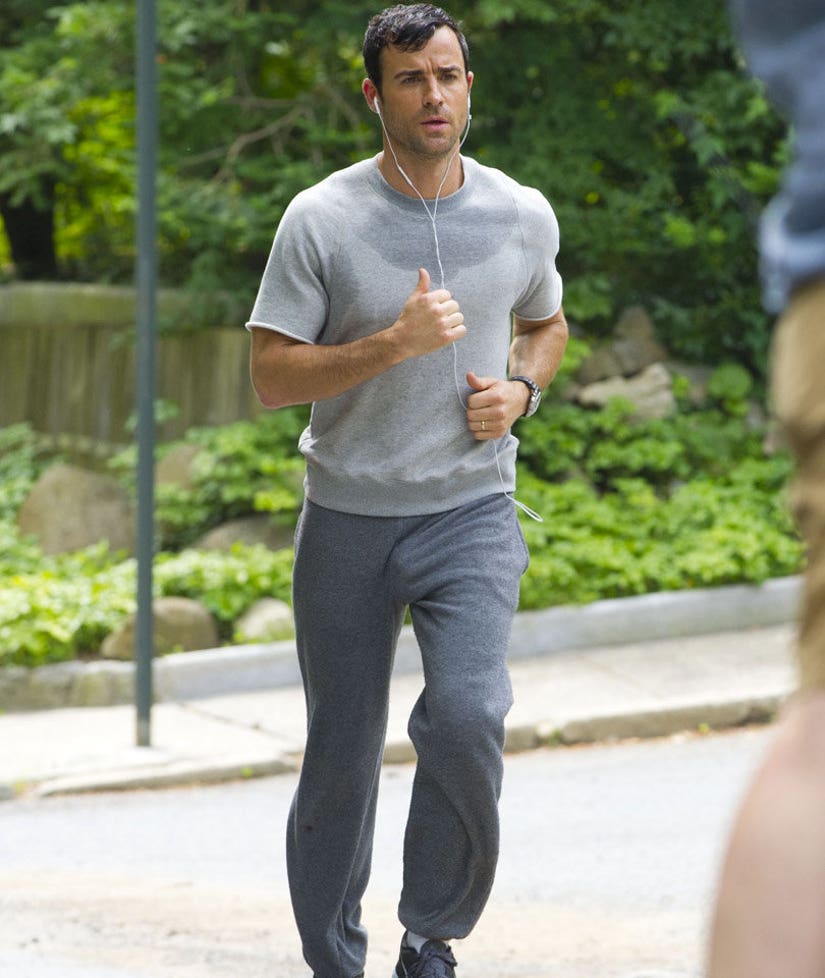 "The Leftovers" star got candid about those now-infamous sweatpants photos -- which left little to the imagination as he went for a run on the set of his TV drama -- while chatting with Elle.

Though it's been three years since the photos first surfaced on the internet, Theroux says the entire experience was pretty embarrassing for him ... despite all the positive feedback.

"It's like having someone yank your shorts down in public. It doesn't feel great," he told the mag. "Anyone who has an unflattering picture taken of them would probably say, 'Join the club.'"

While many websites wrote quite flattering posts about the photos, still it didn't sit well with the actor.

"It has the appearance of a compliment," he explains, "but it's more mortifying than anything else."

Overall, it sounds like the "Girl On The Train" star isn't exactly comfortable with the spotlight and all the media attention that comes with fame.

In fact, Justin wishes he could just do normal things with his wife Jennifer Aniston. "It's a luxury problem, but I would love to walk around New York with my wife," he said of what he'd like to do if he wasn't in the limelight. "Take her to Washington Square Park."

What do you think about the actor's candid comments? Sound off below and check out the gallery above to see more sexy stars!