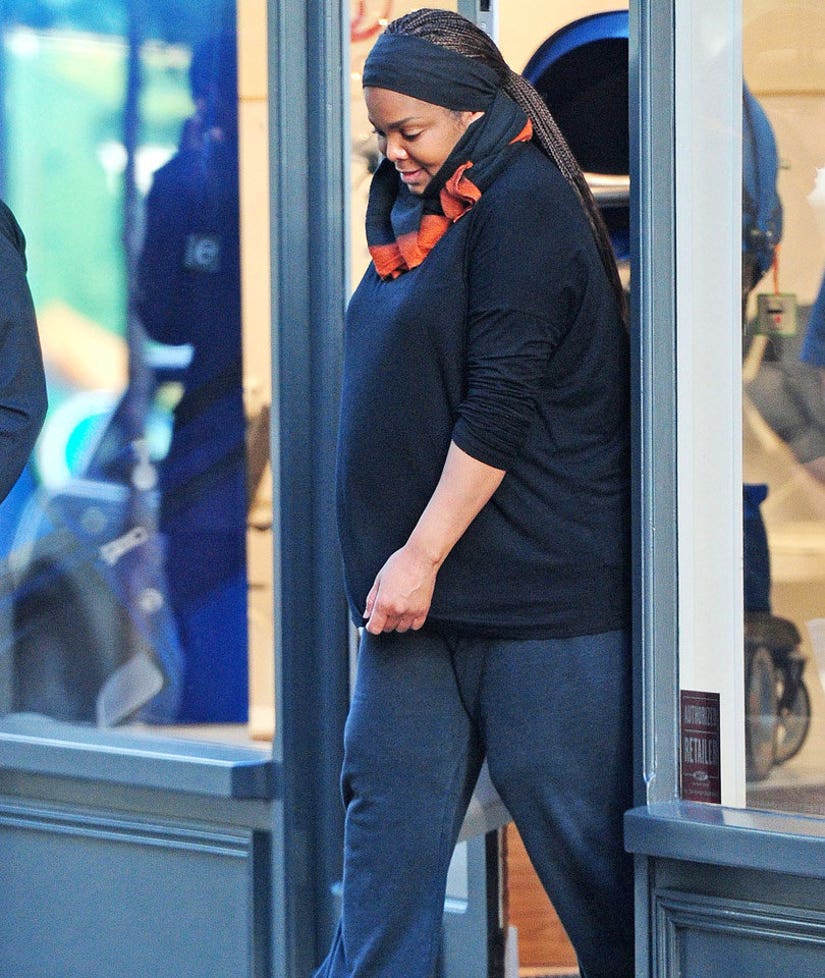 The ever elusive Janet Jackson was photographed on a rare outing in London this week -- the first time we've really seen her out since revealing she was planning to start a family back in April.

The 50-year-old sported grey sweats, a black sweater and a black and orange scarf for her outing to Back In Action, a store whose website says "is dedicated to beating back pain by improving the furniture you use." While the store sells everything from ergonomic recliners to cribs, she was reportedly seen checking out a stroller inside.

The singer, 50, has kept an extremely low profile since postponing the European leg of her tour this past spring. "We're in the second leg of the tour, and there actually has been a sudden change," Jackson said at the time. "I thought it was important that you be the first to know. My husband and I are planning our family. So I'm going to have to delay the tour."

While she has never actually said she's carrying her first child with husband Wissam Al Mana, 41, two of Janet's brothers, Tito and Jermaine, confirmed the news for her in two separate interviews.

"Janet's my baby... She's pregnant," Jermaine told EXTRA in May. "She's like a baby to me, a baby having a baby, but at the same time, she's my little sister. I'm an uncle again, which I'm very proud of. I wish them both the best. If they need any baby skills, I'm the best at it 'cause they all say I have the most kids."