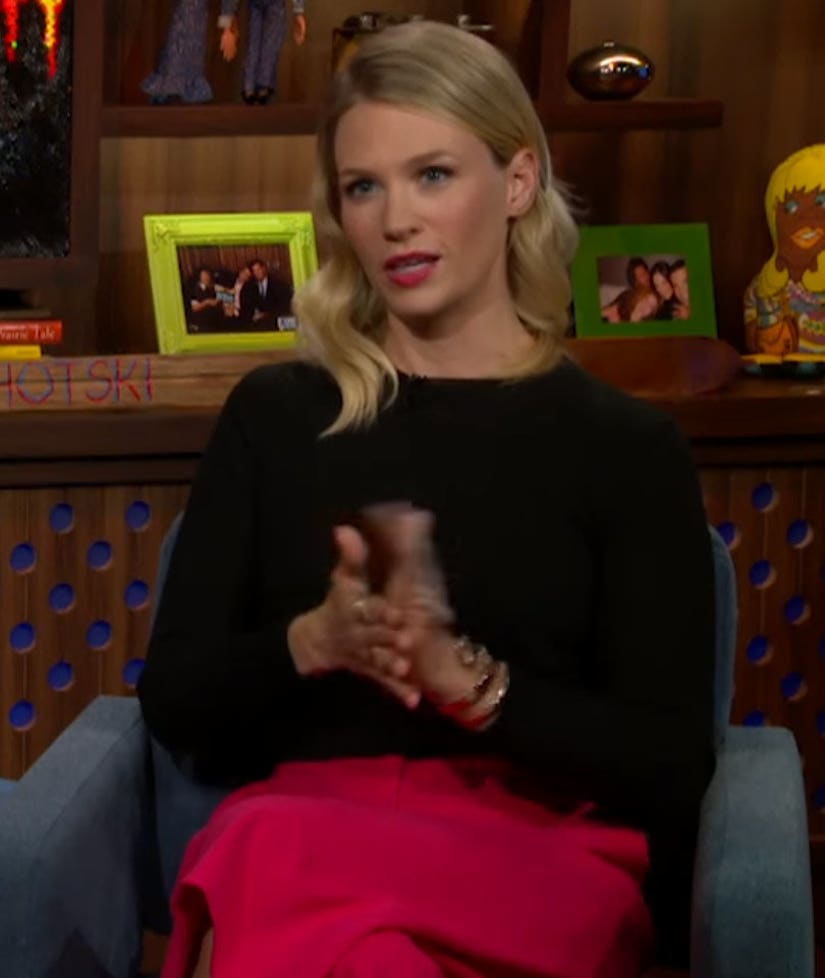 January Jones' is opening up about her ex Ashton Kutcher—and some reportedly not-so-nice things he had to say about her.

On Thursday's episode of "Watch What Happens Live," a viewer called in to ask the "Last Man Earth" actress about comments she'd made in a 2009 GQ interview that quotes her as saying she used to date someone who wasn't very supportive of her acting aspirations.

"January, have you ever talked to Ashton Kutcher since he said you couldn't act, and what do you think about his acting skills?" the bold caller asked Jones.

The former "Mad Men" star then goes on to clarify that the caller doesn't have the details quite right, explaining how she never named names.

"I said that someone I had dated previously wasn't encouraging of my acting—not that I couldn't," she said. "I don't know if that person had ever actually seen me act. But the person who wrote the interview did the math and thought it might be him; I never really said who it was."

Lest people think she's bitter about her former flame, the blonde beauty threw in a complimentary comment about Kutcher—sort of.

"So I never actually said who it was…and I haven't actually spoken to him but I'm super happy for him and his family…to be political and all that," she said.

Before moving on from the topic, host Andy Cohen just had to know: "Was it him?"

Jones merely smiles before Cohen, taking her cue, says "Who knows" and moves on.