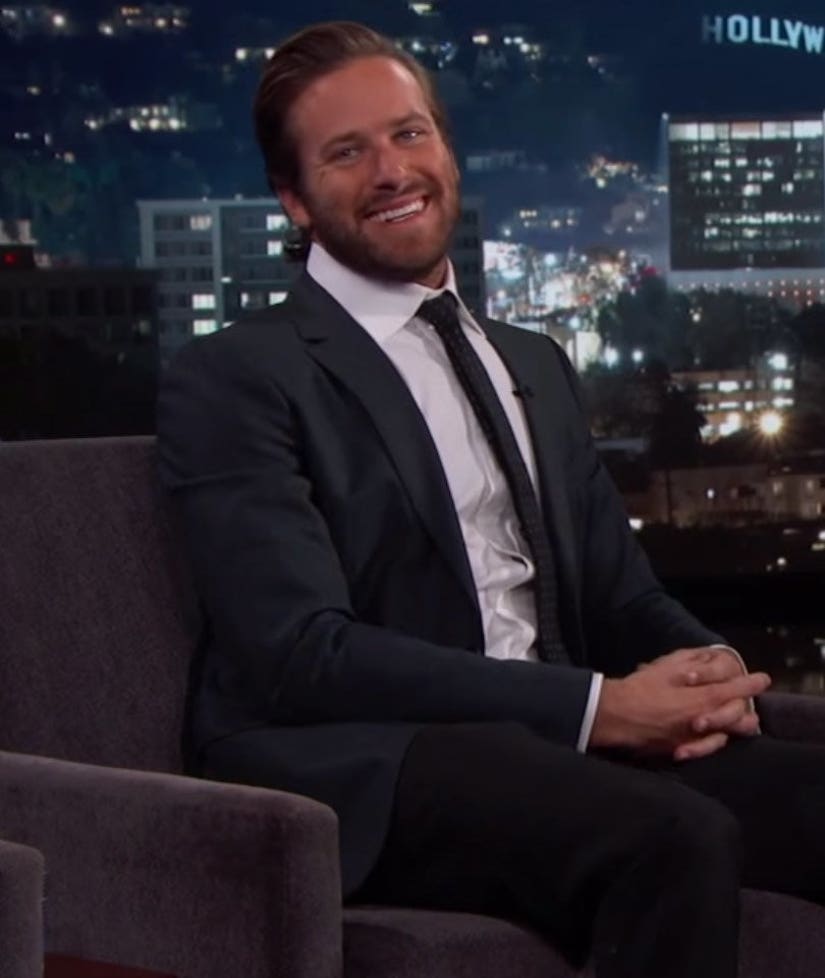 Armie Hammer's probably wishing he could've put the breaks on his loose lips during his appearance on "Jimmy Kimmel Live!" on Thursday.

The 30-year-old opened up to the host about expecting baby No. 2 with wife Elizabeth Chambers. And while he confessed that he knew the sex of the baby, he didn't plan on revealing it to Kimmel or his audience.

But that plan quickly dissolved.

"You can find out now at nine weeks, which is really bizarre," he said about discovering whether he was having a baby boy or girl.

"They do a blood test. They test if there are hormones in there. They go, 'Oh, you've got testosterone -- so you've either got balls or you're having a baby boy,'" he went on to say, seeming to indicate that he was having a boy.

And the "Birth of Nation" star confirmed just that when Kimmel asked him about potential names.

"Yeah, we're thinking Jack," he said, joking about the hilarious pairing of "Jack Hammer," before Kimmel suggested, "Michael Charles, and he can just go by M.C."

"I think I just gave away our baby name," Armie said. "I'm in so much trouble!"

"It could be a girl named Michael," said Kimmel in an attempt to help out his guest.

Hammer and Chambers tied the knot in 2010 and are parents to 1-year-old Harper.