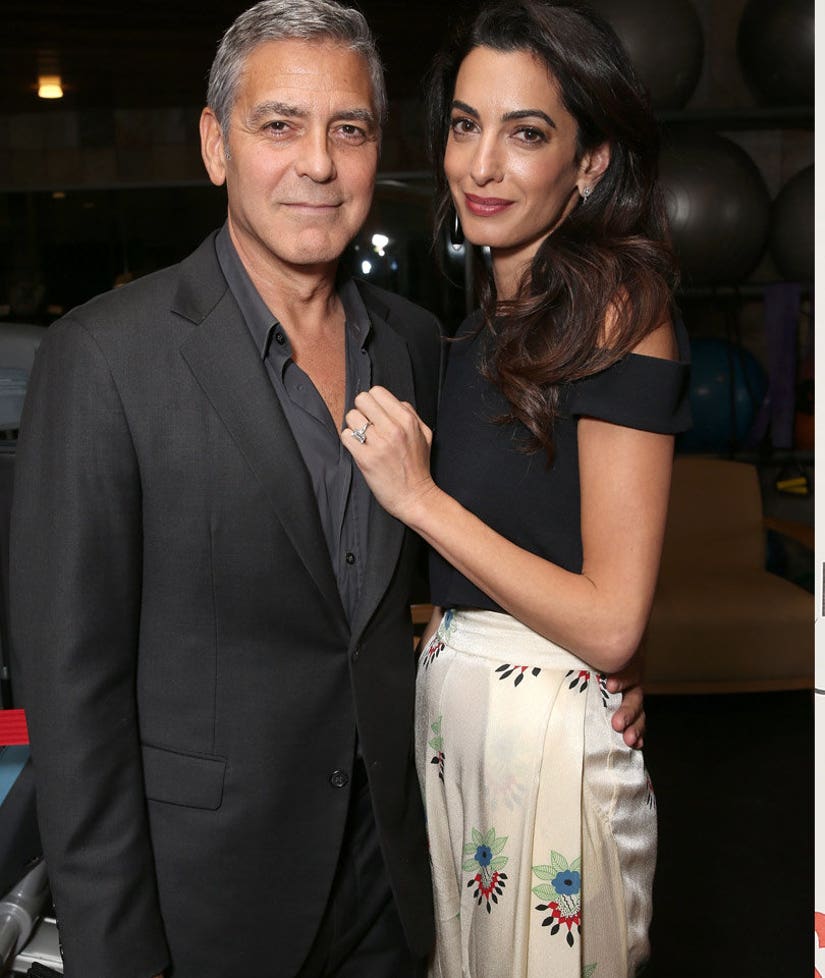 It's been two years since George Clooney and Amal Clooney tied the knot in a lavish Italian wedding, and the Oscar winner took the time to note the special occasion with some of his trademark humor at Satuday's Motion Picture Television Fund's Night Under the Stars benefit in Los Angeles.

"And they said it wouldn't last," Clooney joked in an interview with Entertainment Tonight. "Ah, we proved them wrong!"

But the 55-year-old didn't stop there.

"We mostly drank," he said when asked how the happy couple celebrated the milestone.

Once he'd gotten his punch lines out of the way, the "Ocean's Eleven" star finally revealed how he and his ladylove really celebrated.

"I made dinner and we had a very romantic second anniversary," he confessed. "Very civilized."

And while Clooney was happy to discuss his relationship, he kept mum when it came to pal Brad Pitt's crumbling marriage to Angelina Jolie.

"I don't know," he said when asked how Pitt was doing post-split. "I haven't talked to him."