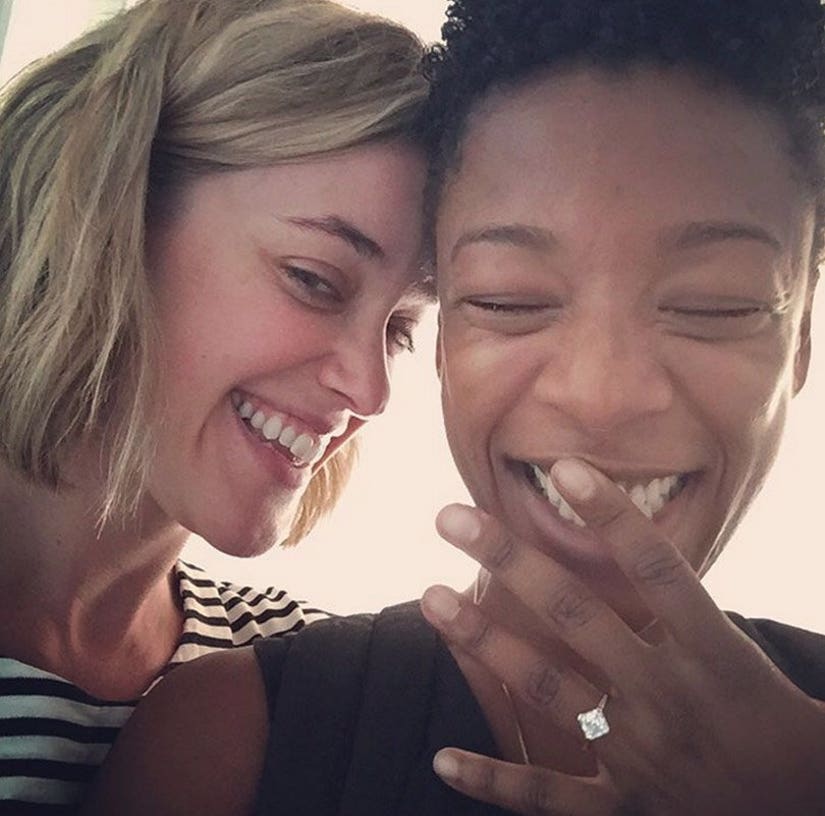 Poussey is getting hitched!

"Orange Is the New Black" star Samira Wiley took to Instagram on Tuesday to reveal she and girlfriend Lauren Morelli are engaged, flashing her engagement ring in a pic simply captioned "Yes." "I'll do anything with this one," she added on Twitter.

The two have had quite the interesting relationship, after meeting on the set of the Netflix series.

Morelli is a writer for the show and was married to a man before meeting Wiley. In 2014, she filed for divorce from husband of two years, Steve Basilone, and came out as a lesbian.

"I realized I was gay in fall 2012, one of my first days on the set. It wasn't so much one thing, but the sum of many small details," Morelli revealed in a 2014 essay for Mic.com. "But on set, these small moments came into sharp relief, and I found myself answering to an endless stream of cast members who peppered me with questions like a gaggle of kindergartners curious about their new teacher. 'Are you dating anyone?' 'You're married?' 'To a man?' 'But you used to kiss girls?' 'Do you miss it?'"

"I was finally forced to consider a question that had never, ever occurred to me before: Holy s--t, am I gay?"

The answer, of course, was yes.

Morelli and Wiley went public with their relationship later that year, with a series of social media posts and by arriving hand-in-hand to an Emmys after party.