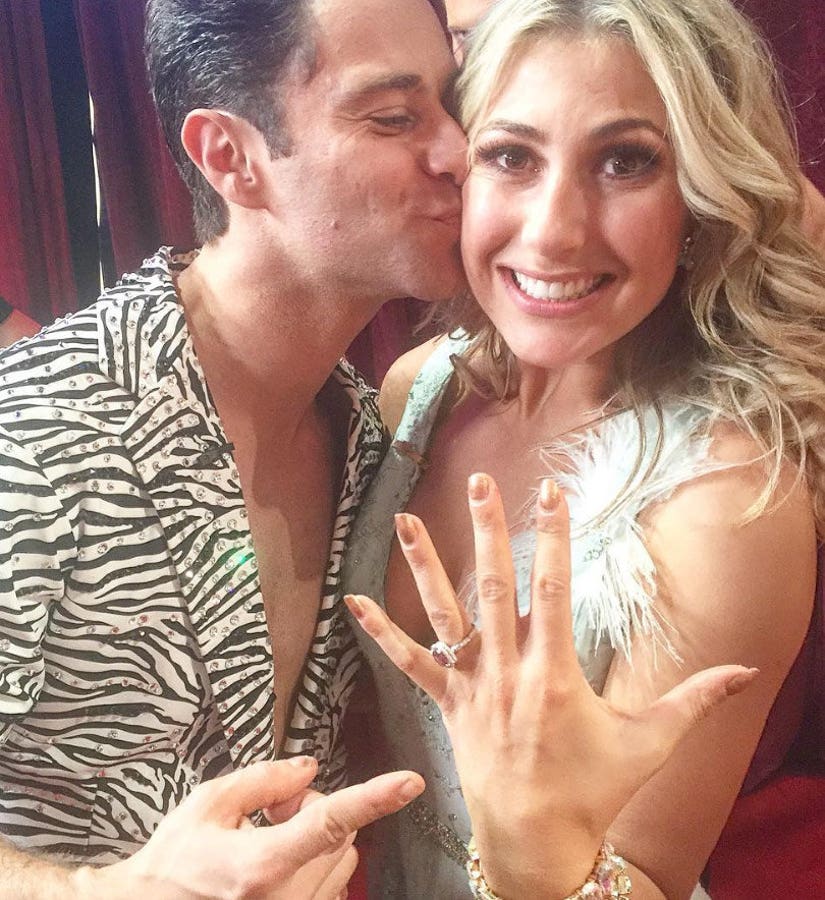 This was a risky move!

"Dancing with the Stars" pro Sasha Farber pulled off a surprise engagement proposal on Tuesday night's episode, popping the question to Emma Slater on live television.

After the two did a dance to Bruno Mars' "Just the Way You Are," host Tom Bergeron gave the couple the spotlight.

"You guys have great chemistry and Sasha, I've always thought you've had the potential to actually host, so I'm going to give the show over to you," Bergeron said before stepping to the sidelines.

"I wanted to do this for such a long time, I love you so so much," Farber then told Slater, as the audience started to go crazy, knowing what was about to happen.

He then got down on one knee and asked, "Will you marry me?"

The reaction was an emphatic YES, as a graphic reading, "She said YES!" hit the screen behind them. The two were then joined on stage by all of this season's contestants, who congratulated them on the happy news. Judge Julianne Hough was even seen wiping tears from her eyes as everyone celebrated.

"Thankfully she said yes because we didn't have a graphic for another option," Bergeron joked before going to commercial.

Farber, 33, and Slater, 27, have been friends for years, dating for the last five.