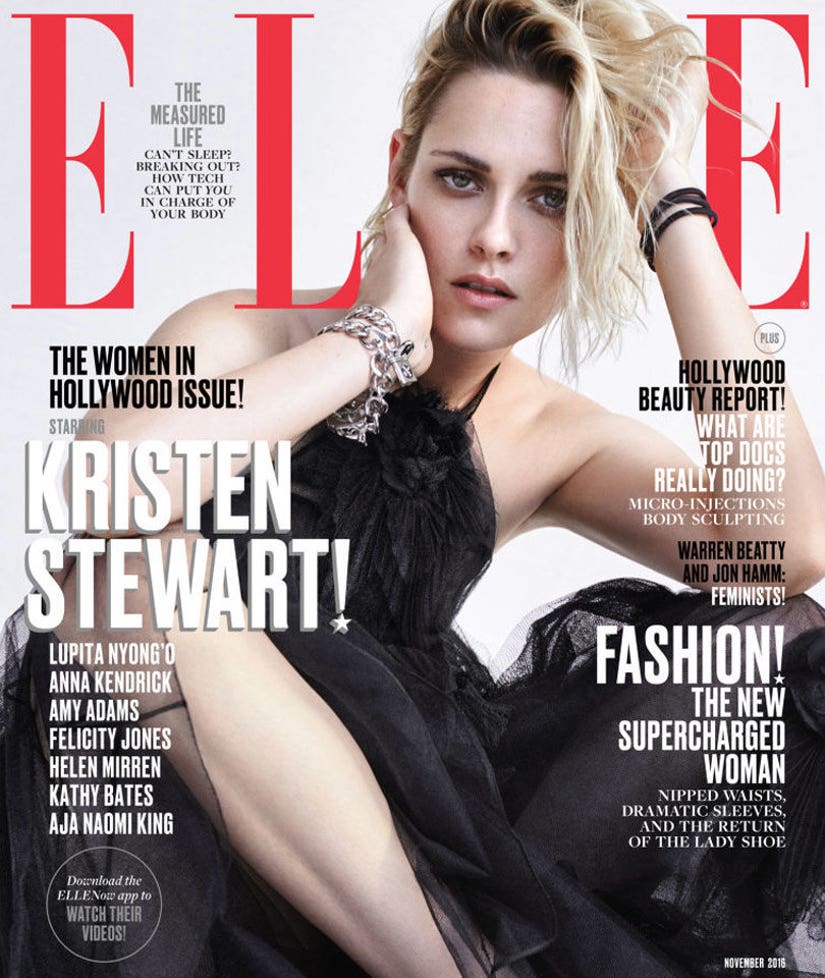 Kristen Stewart has a message for anyone who doubts the realness of her latest romantic relationship.

"I'm not ashamed, and I'm not confused," the 26-year-old asserted in an interview with Elle Magazine about her relationship with producer Alicia Cargile.

Stewart--one of eight stars to land a cover for the glossy's "Women of the Year" issue—takes the time to quash speculations that her romance is a temporary development.

"Things have changed," she continued. "And not just with me—we're really allowed to encourage this new acceptance to develop and be awesome."

And this isn't the first time the "Twilight" star has opened up about dating Cargile.

"Right now I'm just really in love with my girlfriend," she gushed in an interview for the September 2016 issue of Elle U.K. "We've broken up a couple of times and gotten back together, and this time I was like, 'Finally, I can feel again.'"

In addition to being content with her personal life, Stewart recently revealed that she's experiencing a career high after making her directorial debut for Refinery29's female-directed "ShatterBox Anthology Series."

"I've never been happier," she told the Today show about the current status of her career. "I love acting, I don't think there's a huge distinction between the two for me. I've found my next level. I'm ready to go."