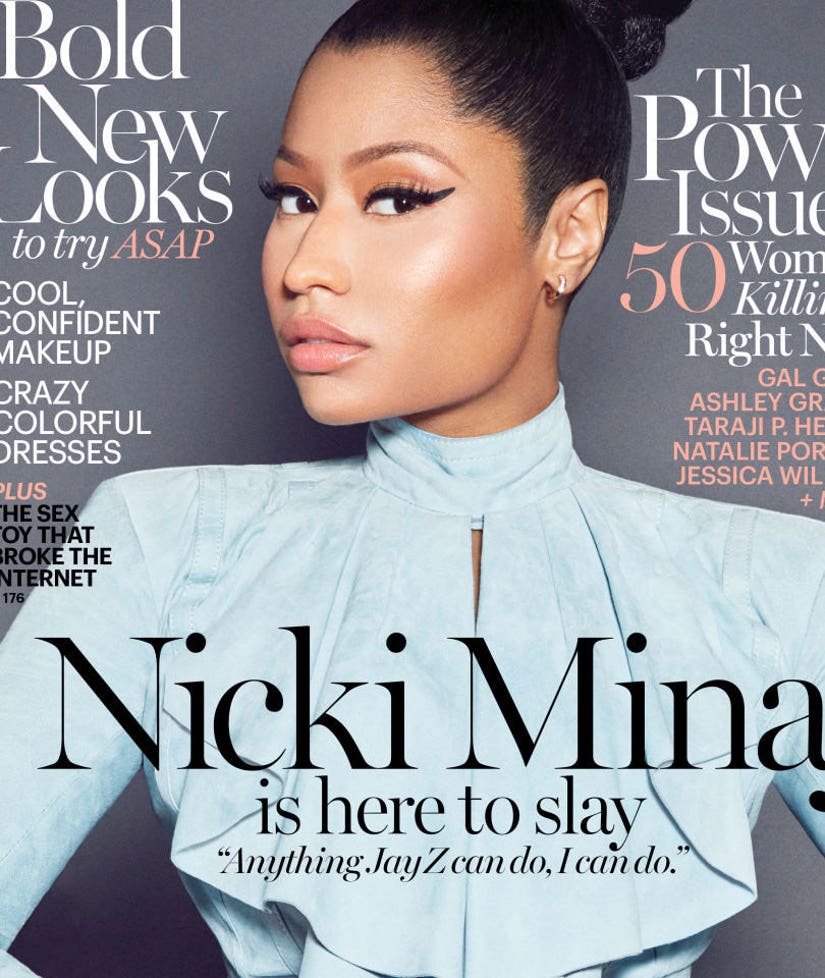 Nicki Minaj has no trouble speaking her mind.

And that's exactly what she does as the cover girl for the November issue of Marie Claire magazine.

"When Kim Kardashian's naked picture came out, [Osbourne] praised it, and my fans attacked her for being such a hypocrite," she points out. "So it wasn't trashy and raunchy when a white woman did it, but it was when a black woman did it? It's quite pathetic and sad, but that is my reality, and I've gotten accustomed to just shutting it down."

She's also gotten used to life as a boss babe thanks to her successful music career, stint as an "American Idol" judge and product deals. And the 33-year-old wants women to know that she did it all without the help of a man—and they can too.

"Nowadays, I feel like [young women] see marrying into money—I think that's a big thing now," she explains. "I don't want that to be a woman's goal in life. I want your goal in life to be to become an entrepreneur, a rich woman, a career-driven woman. You have to be able to know that you need no man on this planet at all, period, and he should feel that, because when a man feels that you need him, he acts differently."

The "Starships" rapper prides herself on the fact that her art serves as an example to women to embrace a fiercely independent and successful lifestyle on their own.

"Every time [Beyonce] and I do something together, I see how women are inspired, and it has nothing to do with how we look," she says. "It has to do with how we are owning who we are and telling other women you should be the boss of your own career and the brains behind your life or your decisions or your art. I just love that feeling."

And for Minaj, that mindset also meant that she always believed she could compete with the best male rappers in the business.

"I can look at someone's career and just pinpoint the dos and the don'ts, and the one person I've done that with for my entire career was Jay Z," she said. "He did such a great job being an authentic street guy and a businessman, and I was like, 'Why aren't there women doing that, taking the success from rap and channeling it into their empire? I felt like anything he could do, I could do.'"

Seems like she's doing a pretty good job at it so far!