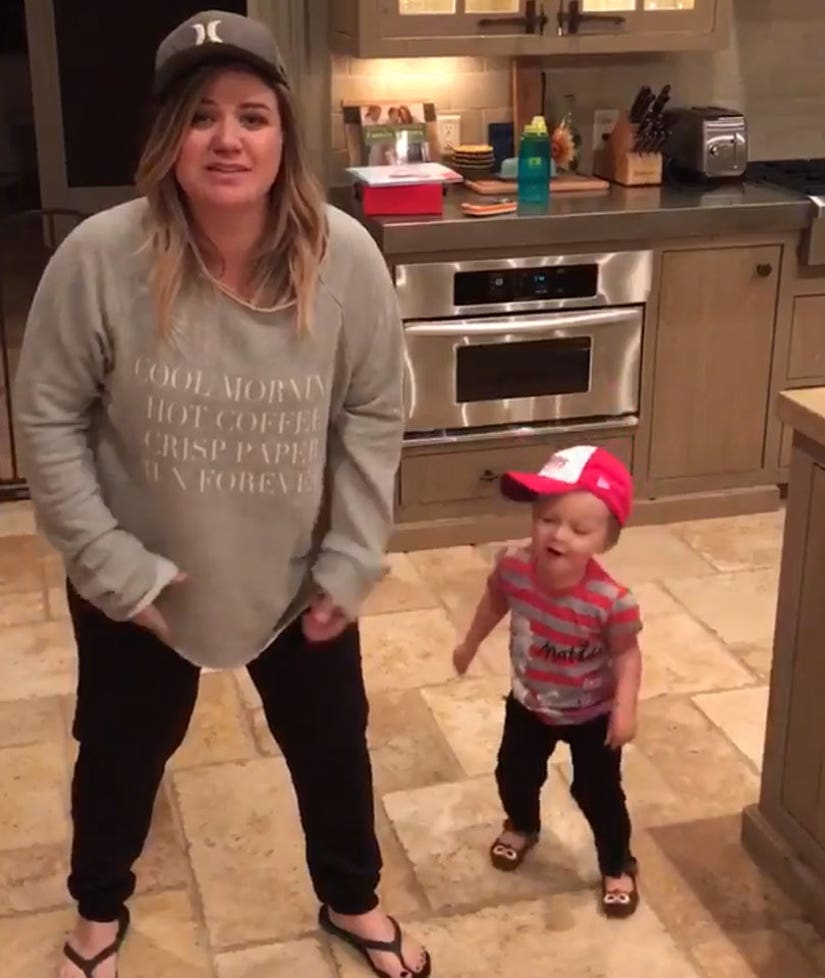 The "American Idol" alum was nominated to help bring awareness to diabetes with the #DiabetesDanceDare challenge, and recruited her adorable 2-year-old to help her out.

In the cute clip (below), Clarkson and River dance to Salt-N-Peppa's "Push It."

The "Since You Been Gone" singer likewise nominated "everyone at 'The Voice'" to show off their dances moves for diabetes next. She specifically called out Adam Levine, Miley Cyrus, Blake Shelton, Alicia Keys and even Gwen Stefani.

The pop star definitely has her hands full these days with her and hubby Brandon Blackstock's daughter and their baby boy Remington Alexander, which is probably why she demanded Blackstock to get a vasectomy.

"I was literally pregnant with Remi, and I was like, 'You are getting fixed,'" she told Jenny McCarthy on Sirius XM Entertainment earlier this month.

Kelly also revealed that she got her tubes tied as well. "This will never happen to me again,'" she continued. "If something happens, it's a miracle of God. I literally told my OBGYN on the table while open, 'If I get pregnant again, I will find you!'"

What do you think about Kelly and River's sweet dance moment? Sound off below and check out the gallery above to see more cute celebrity kids!