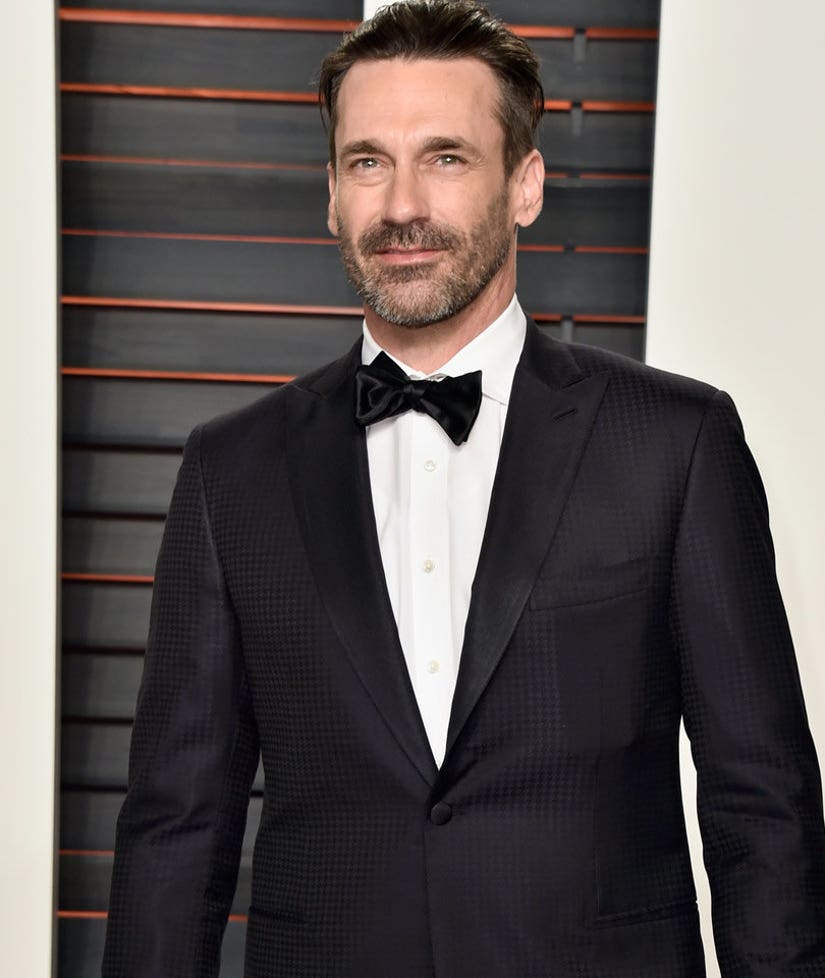 Jon Hamm is all about bettering himself.

The actor gets candid about his personal life in a new interview with Mr. Porter's The Journal, where he opens up about his therapy sessions, his trip to rehab and reveals if he'd ever consider having children.

The "Mad Men" star was just 10-years-old when he lost his mother to stomach cancer and in college when his dad passed away. After losing his father, Hamm decided he needed to get some therapy to deal with his depression.

"After I'd lost my dad, I had this horrible [paralyzing] inertia — and no one in my family was capable of dealing with it," he tells the mag. "So what do you do? Go and see a professional. I preach it from the mountaintops. I know it's a luxury and it's not something everyone can afford. But if you can, do it. It's like a mental gym."

Talking to someone one-on-one also helped him deal with his sudden stardom.

"It is not easy having immediate and huge-scale fame thrust upon you," he admits. "I'm a pretty shy person. I like talking to people one-on-one, but I do not like people taking pictures of me with 400mm lenses across the street. It's mystifying to me why we give that any time in our culture."

Jon also discusses the 30-day stint in rehab he completed in 2015 for alcohol addiction.

"It has all these connotations, but it's just an extended period of talking about yourself," he explains. "People go for all sorts of reasons, not all of which are chemically related. But there's something to be said for pulling yourself out of the grind for a period of time and concentrating on recalibrating the system. And it works. It's great."

While the actor seems like an open book when it comes to how he works on himself, he didn't want to talk about his recent split from longtime love, Jennifer Westfeldt.

"It's very personal and specific and I think people tend to draw their own conclusions about that anyway," he tells the interviewer when asked about their 2015 breakup.

Hamm also stays vague when it comes to the topic of children and if having a family is something he wants.

"I don't know. I don't think it's necessarily an imperative," he explains. "I'm not going to [psychoanalyze] myself here, but… well, never say never. I've got nieces and nephews and I've been a teacher. I've probably been around kids a lot more than all my friends. I feel if you shut that off entirely you calcify. You turn into that guy."

What do you think about Jon's candid comments? Sound off below and check out the gallery above to see more leading men then and now!