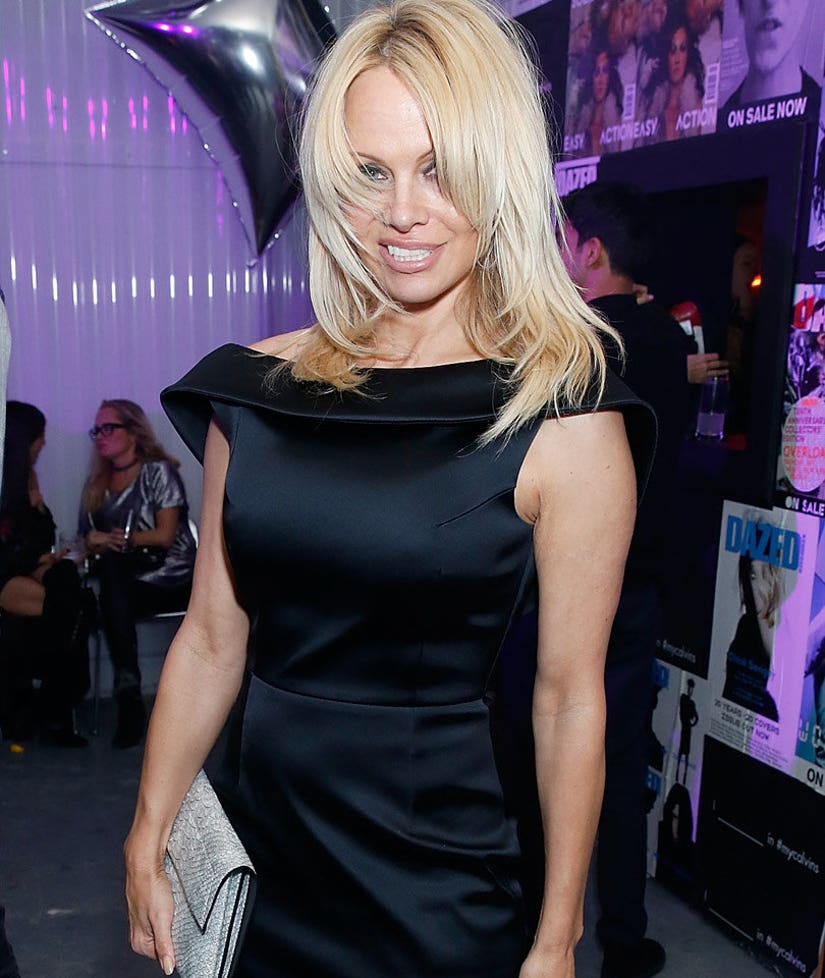 "The sexual revolution was a great thing, it gave us a lot of freedom, it gave us all these wonderful things but it also gave us really bad sex," Anderson, 49, explained. "In the age of technology, there's so much access and people are getting too desensitized and there's multiple visual images that get weirder and stranger."

As someone who's filmed her intimate encounters and posed nude numerous times, Anderson may seem like a bit of a hypocrite ... and she's the first to admit it.

"I know I'm part of the problem," she added. "I should probably disqualify myself from this whole conversation because I was in Playboy and I had a tape stolen from my home and exploited all over the world and people saw things that they should have never seen, but I didn't think Playboy was pornographic."

When Ruth Langsford asked if she has experienced those things herself, Pam responded affirmatively.

"I have and I never want it to happen again," she said. "I think people also put that image on me thinking they have to be wild and crazy."

"We're not prudes," she continued. "We're not talking about no sex, we're talking better sex. We want to be desired, we want to be romantic and pornography and access to other things is diminishing that."

Pam also revealed how she approached the subject with her own sons -- she shares Dylan, 18, and Brandon, 20, with Tommy Lee.

"We had this conversation we're having now in front of my kids," Pam explained. "My kids have been involved in the conversation, they both have girlfriends right now and I always tell them, if you disrespect women, you disrespect your mother."

Looking back, Anderson added that she has no regrets when it comes to her Playboy days -- but did admit that she "misunderstood" some of the attention she got from her nude shoots.

"I thought Playboy was free, it was sexy," she explained. "I think I misunderstood, took that kind of attention for love."

What do you make of the blonde beauty's comments? Sound off below!