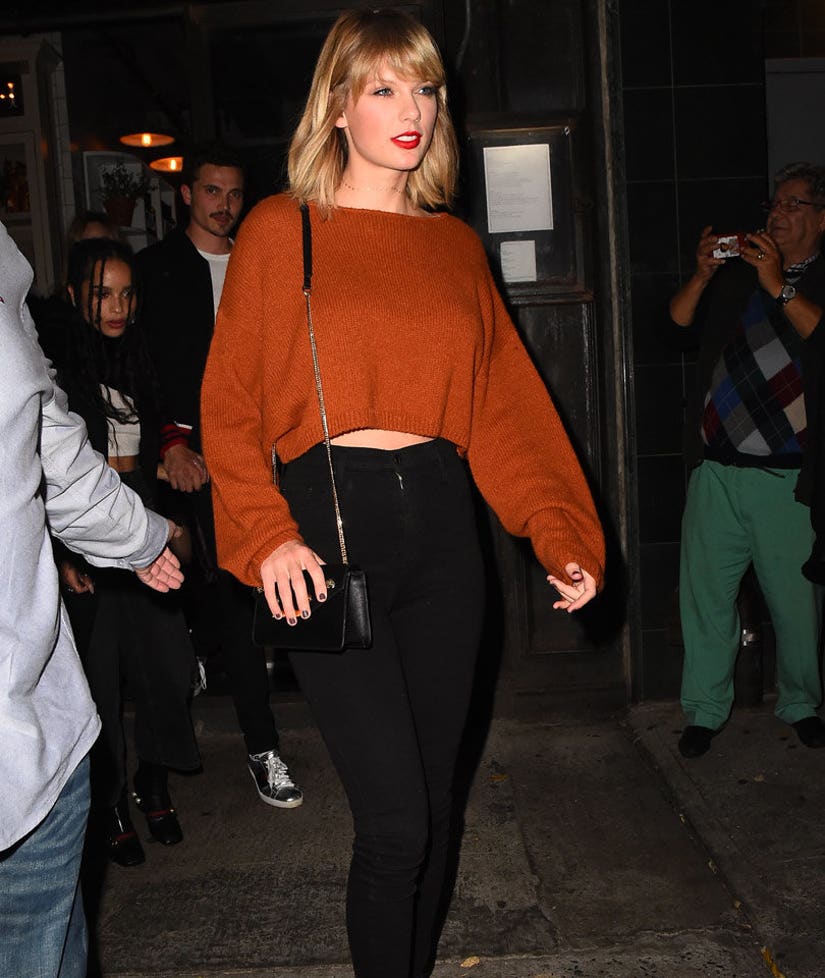 Can you say #SquadGoals?

Taylor Swift stepped out on Thursday night in NYC, once again hitting the town with gal pals Dakota Johnson and Cara Delevingne.

The pop star, 26, and her gang of stylish lady friends sported trendy autumn outerwear for their girls night out. The blonde beauty was photographed in a cropped burnt orange sweater, black skinny jeans, black ankle booties, and her signature red lip.

The trio reportedly stepped out for a low-key dinner at the trendy eatery, The Fat Radish. 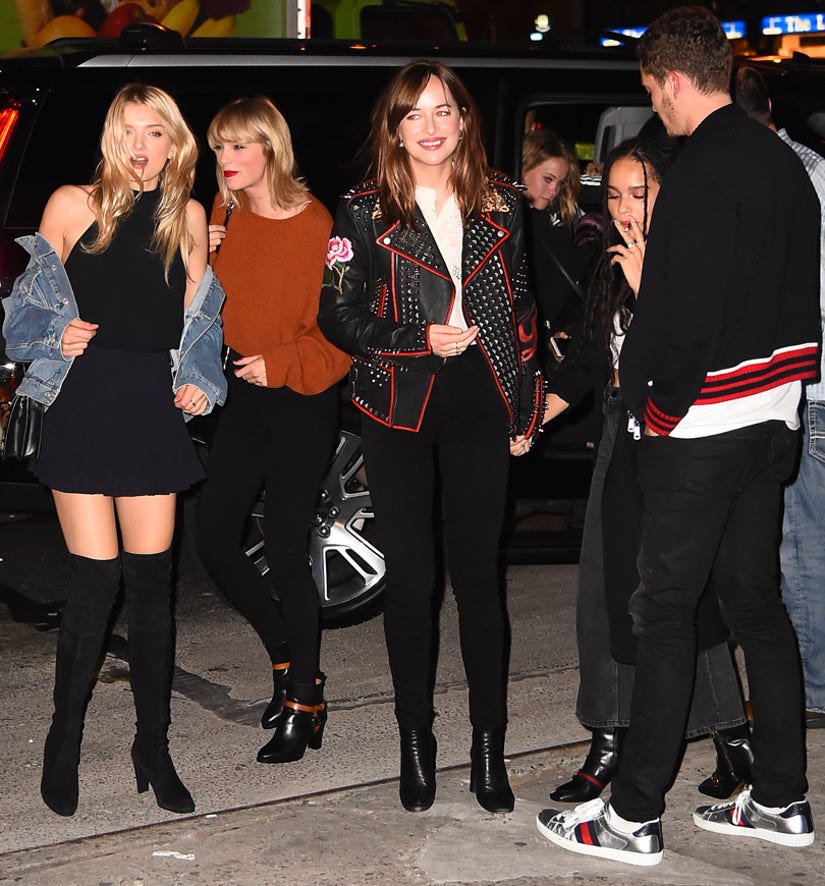 The "Shake It Off" singer and her ever-expanding posse were later spotted at Bowery Ballroom, where they attended a concert for Sting's daughter, Eliot Sumner.

Swifty has been spending a lot of time with her besties ever since calling it quits with Tom Hiddleston last month. 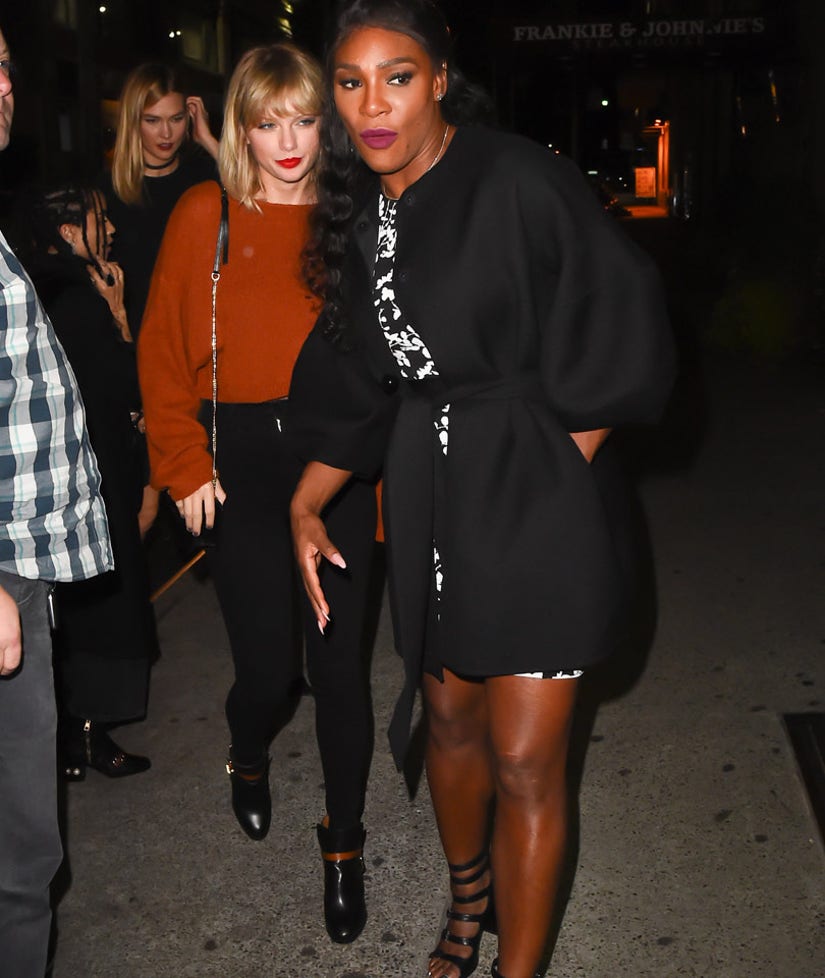